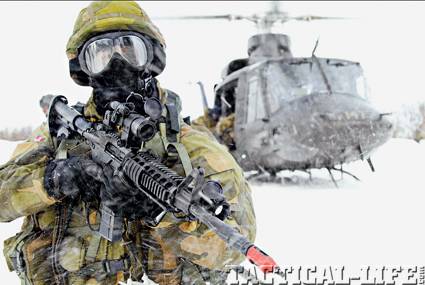 This Kommando secures an LZ with his C8 carbine, featuring an Aimpont optical sight.

During the Cold War, Norway was the northern flank of NATO, vulnerable to an invasion by the Soviet Union. If the Soviets came south, Norwegian troops, especially the special forces troops, would have attempted to delay the advance until NATO reinforcements in the persons of British Royal Marine Commandos, Dutch Marines, and U.S. Marines arrived. With the end of the Cold War, Norwegian special ops troops retained varied missions including countering terrorism. Currently, Norwegian special operations capability rests with four units. 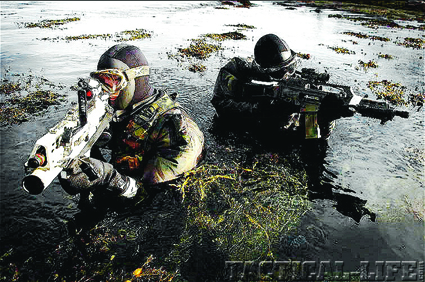 The Haerens Jegerkommando, generally known as the HJK, in one form or another has been in existence since 1962. In addition to having certain troops assigned to units within the HJK, it also serves as the Army Special Forces Command and the training cadre for other Norwegian special ops units. Based at Elverumn in southeast Norway, HJK has a headquarters unit, a parachute unit — which is assigned both airborne missions and training duties for all of the Norwegian armed forces — and a Spesialjegere (commando) unit. Within the parachute unit is a pathfinder platoon which functions as a reconnaissance unit and also trains other recon troops. 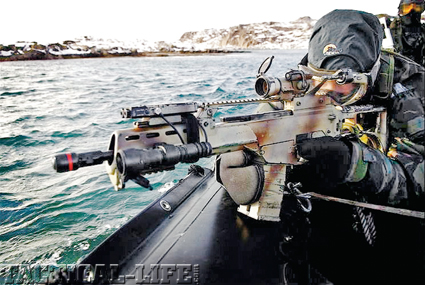 Deployed to protect the frigid fjords that make up Norway’s coastline, a Norwegian Coastal Ranger takes aim with his HK G36 as his boat speeds towards the shore.

Closely related to the HJK are the Forsvarets Spesialkommando (FSK), to the extent that Norwegian special forces are often referred to as FSK/HJK. However, FSK has a distinct counter-terrorist mission to protect Norway’s offshore oil platforms, counter hijackings, and carry out hostage rescue operations. FSK has worked closely with U.S. Delta Force and the British SAS, including missions in Afghanistan. On certain barricade or hostage incidents, the Norwegian police will call in FSK. 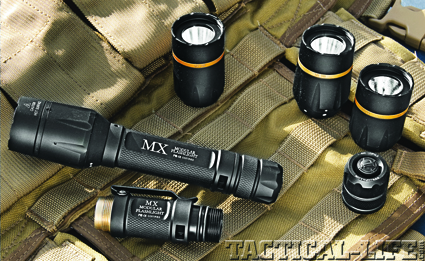 This Kommando secures an LZ with his C8 carbine, featuring an Aimpont optical sight.…