U.S. Army Selects Trijicon ACOG Optic
Trijicon, Inc. recently announced that it has been selected by the U.S. Army to supply up to 135,000 of Trijicon’s Advanced Combat Optical Gunsights (ACOG) for the Army’s M150 Rifle Combat Optic (RCO) program. Already the standard magnified optic for the U.S. Special Operations Forces and the U.S. Marine Corps, Trijicon’s ACOG is a combat veteran, providing America’s front line troops extremely rugged and proven any-light aiming systems. The Army M150 RCO version of the Trijicon ACOG is a 4x dual-illuminated optic that will include a laser filter, Signature Reduction Device (SRD) and pouch. The ACOG is compatible with the Army’s full inventory of M16s and M4s. For more information
visit trijicon.com.

NH State Police Convert To S&W M&P45
Smith & Wesson Corp., recently announced that it is has received an order for the company’s M&P45 pistols from the New Hampshire Department of Safety. The contract calls for a total of 500 of the company’s Military & Police (M&P) pistols chambered in .45 ACP to be issued to officers in the New Hampshire State Police and Highway Patrol divisions. The Smith & Wesson M&P45 pistols will replace competitive duty handguns currently used by the agency. For more information visit smith-wesson.com.

As a part of the contract, Beretta U.S.A. will provide extensive armorer and transitional training to Georgia State Patrol. The conversion from the existing patrol shotgun to the Nova Tactical platform will be completed statewide by December. Initial training began in Columbia County on September 7, 2007.

According to Lt. Scott D. Johnson, Deputy Director Georgia State Patrol Training Division, “After a review of firearms available we concluded that the Benelli Nova Tactical shotgun would best protect and safeguard both our community and our officers and would provide the performance, safety and reliability that we need to meet the law-enforcement challenges that we are facing today. For more information visit berettausa.com. 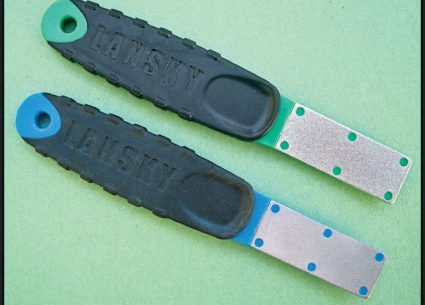