The VP pistol line has been in development for more than four years and its debut marked the return of HK to striker-fired models. Heckler & Koch pioneered striker fired handgun designs with the HK VP70 and P7 pistols more than 35 years ago and was also the first company to produce polymer frame models.

The VP40 has the same excellent, precise trigger that debuted on the VP9.

The VP40 grip can be customized to fit any shooter by using a mix of three interchangeable backstraps and six grip panels.

The charging supports — a feature introduced on the first VP models — are present on the VP40 as well. These small, removable wings on the rear of the slide make cocking and manipulating the pistol much easier than other handgun designs. VP pistols also have a safer and easier disassembly process than many competing models.

The VP40 has a suggested retail cost of $719 and is covered under HK’s limited lifetime warranty.

For more information on the VP40 and other products from Heckler & Koch, please visit HK-usa.com. 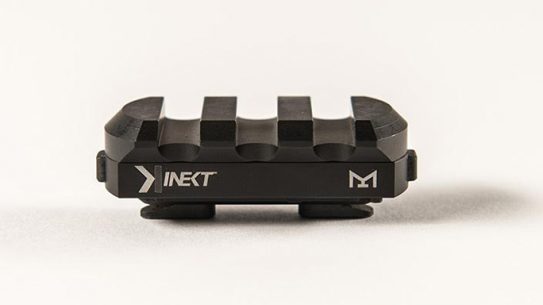