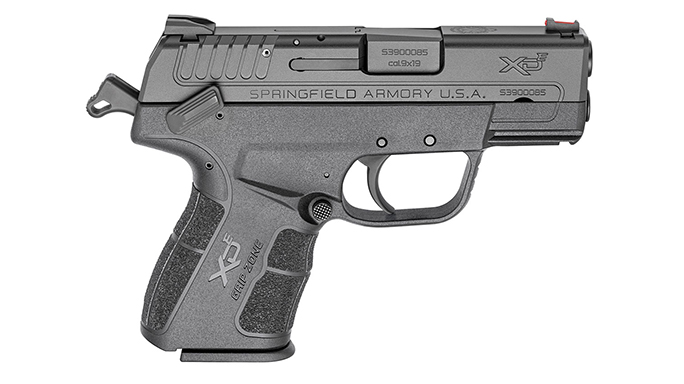 1 of 10
Springfield Armory XDE
Springfield Armory XDE: Springfield’s highly anticipated new hammer-fired, single-stack, 9mm compact pistol, the XDE, sports great ergonomics, a one-inch frame, and a patent pending hammer design that gives the XDE a Low-Effort-Slide (L.E.S.) that, as Springfield says, requires 27 percent less racking effort when compared to leading semi-autos out there. The exposed hammer signals the gun’s mode, and SA/DA trigger gives you different options for shooting styles. This packs 8+1 rounds of 9mm. If you thrown in a magazine X-Tension, the capacity jumps to 9+1. The flat-base concealment magazine also offers an extended base plate that allows a full grip, the press release says. MSRP: $519. 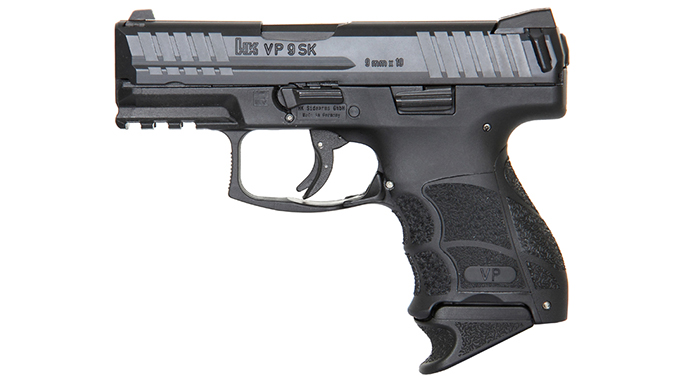 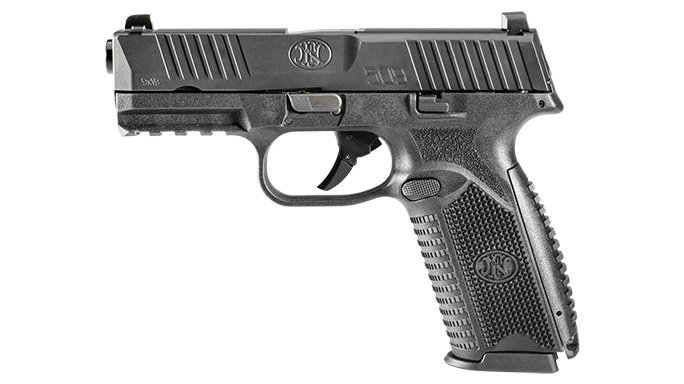 3 of 10
FN 509
FN 509: This thing is FN great (see what we did there?). In all seriousness, the FN 509 was originally built for the U.S. Army’s XM17 Modular Handgun System competition. Sig Sauer landed the contract, and FN redesigned this 9mm striker-fired offering for commercial release. It features aggressive cocking serrations, enhanced grip textures, guarded controls and a recessed target crown on the 4-inch barrel. MSRP: $649. 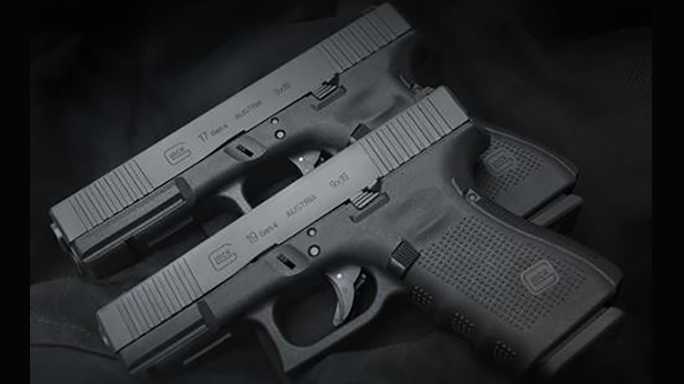 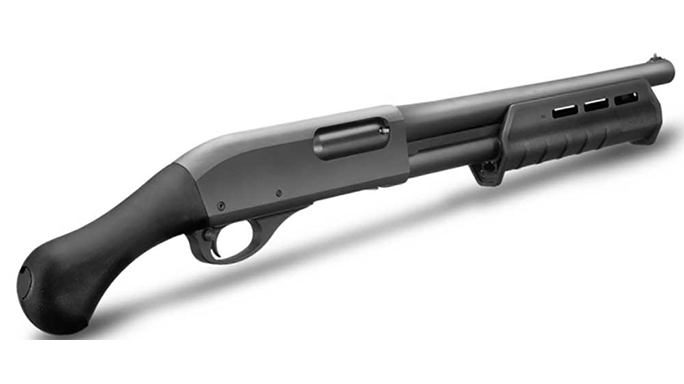 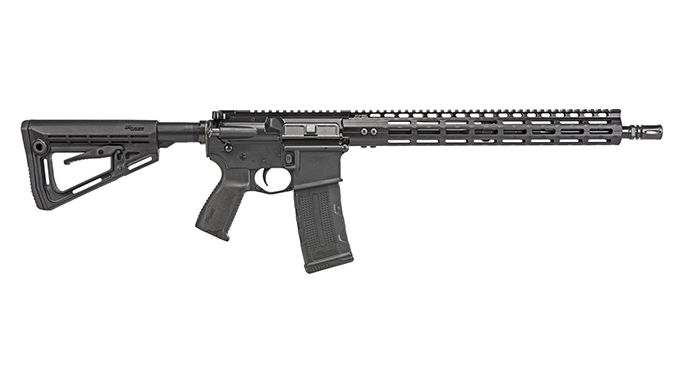 6 of 10
Sig Sauer SIGM400 Elite
Sig Sauer SIGM400 Elite: Sig — already riding high off its P320 being selected as the U.S. Army’s new sidearm — continues its winning streak in the rifle department with the SIGM400 Elite. This beauty is ready to rock right out of the box, with a free-floating MLOK handguard; a 16-inch, 1:7-inch twist barrel with a SIG Micro-Light Gas Block; and a Sig Enhanced six-position buttstock, pistol grip and single-stage trigger. MSRP starts at $1,200 for the anodized black model and $1,350 for the Titanium Cerakote version. 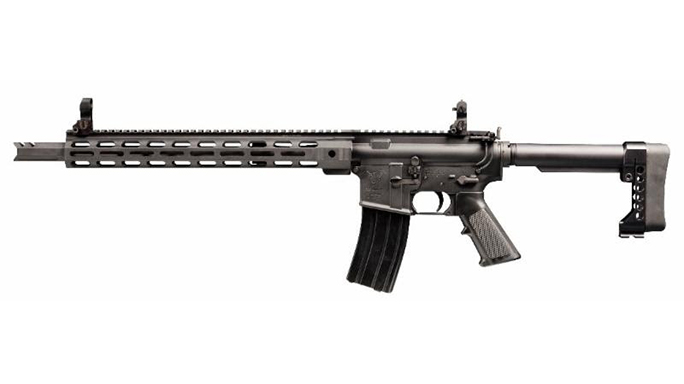 7 of 10
DoubleStar ARC 300
DoubleStar ARC 300: The lightweight, rugged ARC (Always Ready Carbine) 300 definitely caught our eye as we perused the NRA Annual Meetings and Exhibits this year. Available in — you guessed it — .300 BLK, the ARC 300 was designed with a pistol length gas system and features an upper and lower made from DoubleStar forged 7075 T6 components with MP batch tested bolts. The rifle sports a 16-inch barrel, as well as the Samson 15″ SX rail in MLOK and Mortar Plate buttstock. A collapsible DS4 stock is included in the package if you prefer that instead. The ARC 300 includes DoubleStar’s new Big Timber Brake, which is counterbored .75″ and eliminates the gap between 15″ handguards and 16″ barrels. MSRP: $1,370.99. 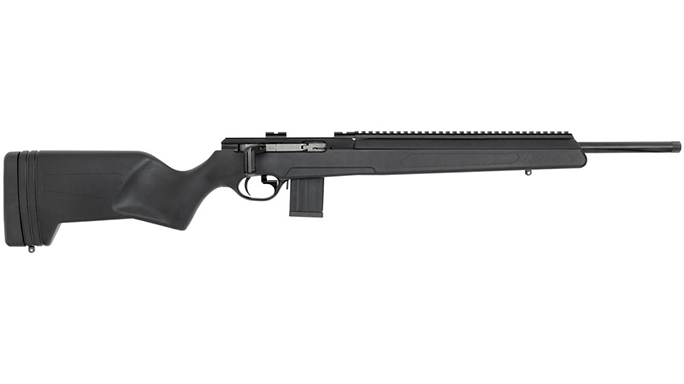 8 of 10
Steyr Arms Rimfire Scout RFR
Steyr Arms Rimfire Scout RFR: It ain’t exactly what Col. Cooper envisioned with his center-fire scout-rifle concept, but don’t sleep on Steyr’s new Rimfire Scout RFR. Based on ISSC’s SPA action and available in .22 LR, .22 WMR, and .17 HMR, this rifle features a 20.1-inch heavy barrel; a 30-slot Picatinny rail; an integrated 3/8-inch dovetail with two Weaver bases; a straight-pull action fed from its 10-round steel box mag; an overall length of 35.6 inches; and a base weight of 7.3 pounds. MSRP: $599. 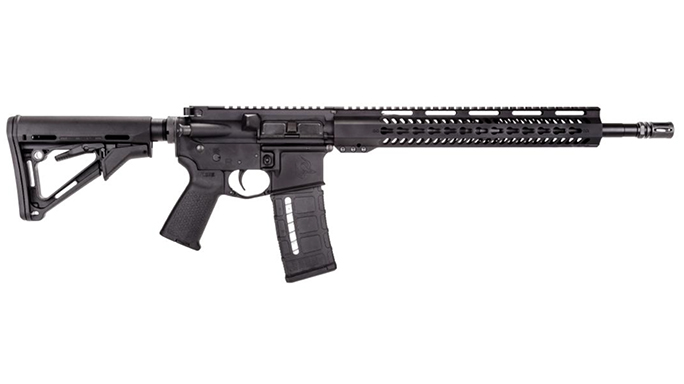 9 of 10
Taurus T4SA
Taurus T4SA: There’s a lot of buzz around Taurus and its Spectrum .380 semi-auto, but the T4SA — Taurus’ new gas-impingement 5.56mm semi-automatic carbine — also turned heads at the NRA Annual Meetings and Exhibits. The T4SA comes in 16″ and 14.5″ and 11.5″ barrel versions — with 10,000 rounds of operational life — with 1:7 twist, as well as KeyMod or M-LOK aluminum handguard configurations. The A3 flattop forged upper is T-Marked. The forged lower sports a Magpul grip with internal storage and a Magpul oversized trigger guard. A M16 style bolt carrier is included. The bolt and bolt carrier group (BCG) are Melonite treated. Also featured is a six-position Magpul CTR buttstock and a dual pinned Melonite low-profile gas block. Magazine capacity is 30 rounds. MSRP is $1,199. 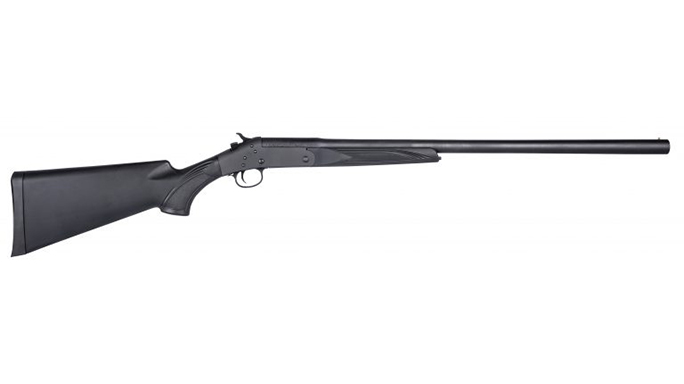 10 of 10
Savage Arms Stevens 301
Savage Arms Stevens 301: Savage Arms showed off a ton of new products this year, including the single-shot Stevens 301, which features a crisp and reliable break action, as well as a rugged, modern synthetic stock built to withstand harsh use. It is available in .410, 12- and 20-gauge models. MSRP? A very, very affordable $173. Yes, please! 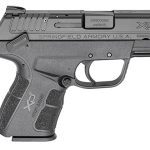 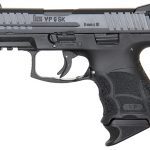 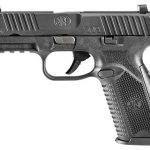 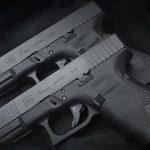 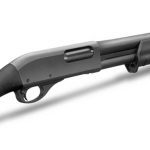 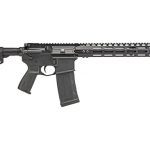 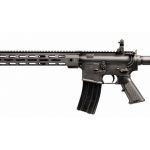 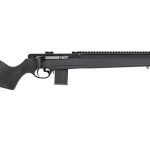 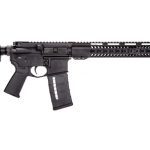 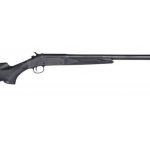 The 146th NRA Annual Meetings and Exhibits is officially in the books, and by all accounts, it was a rousing success. With more than 80,000 attendees, 800 exhibitors showing off their latest and great products, and a dizzying array of seminars, workshops, special events and celebrity meet and greets, not to mention a Friday keynote address delivered by President Donald Trump at the NRA-ILA Leadership Forum — the first time a sitting president has spoken at the NRA Annual Meetings and Exhibits since Ronald Reagan back in 1983 — it was clear that the industry is in great shape and getting stronger all the time.

With that in mind, we thought we’d give you a taste of the new pistols, rifles and shotguns we saw while exploring the Georgia World Congress Center in Atlanta over the past four days. With such a diverse collection of weaponry, we’re willing to bet you’ll see something in here that tickles your fancy.

For more information about the firearms featured in the photo gallery above, check out the following sites. 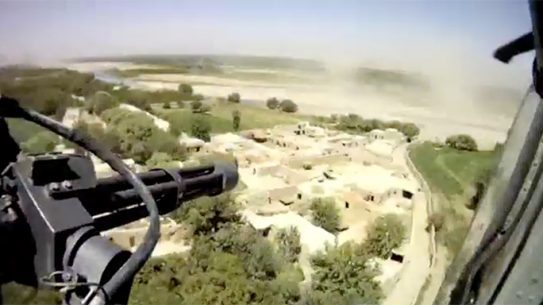 A 2009 MEDEVAC in an Afghanistan hot zone resulted in a Sikorsky HH-66 Pave...