WASHINGTON– President Barack Obama used the dedication of a hall on one of the nation’s oldest military installations today to talk about the new threats confronting America. Obama dedicated Abraham Lincoln Hall, a new building on the campus of the National Defense University at Fort Lesley J. McNair here.

“From this fort, which was founded to defend the city of Washington against invasion, you could stand on Sept. 11, 2001, and watch the smoke from the Pentagon billowing up across the Potomac,” the president said. “The attacks of 9/11 signaled the new dangers of the 21st century. And today, our people are still threatened by violent extremists, and we’re still at war with terrorists in Afghanistan and Pakistan who are plotting to do us harm.”

Countering terrorism is only one threat facing the United States, and the 900-plus students at the National Defense University must be ready to face all of them, the president said. Turning the battle to Iraqi security forces responsibly is a challenge, he noted, and so, too, is the economic downturn that will put pressure on countries yet unknown.

“We’re threatened by the spread of the world’s deadliest weapons, by emerging cyber threats, and by a dependence on foreign oil that endangers our security and our planet,” Obama said. “Poverty, disease, the persistence of conflict and genocide in the 21st century challenge our international alliances, partnerships and institutions — and must call on all of us to re-examine our assumptions.” He said these new battlefields will determine U.S. success in the future.

But new threats require new ideas and new strategies. Borders do not stop transnational threats, and new technologies mean individuals can be as threatening as nations.

Institutions like the National Defense University, with its mix of military and civilian students, are needed to help leaders understand the new world and the new threats that come with it, Obama said.

“That’s how we will find new pathways to peace and security,” he said. “That is the work that we must do.”

The U.S. armed services will retain their military dominance, the president assured the students, but “we also need to look beyond this conventional advantage as we develop the new approaches and new capabilities,” he said.

The Army and Marines will grow, and the services will develop new capabilities, Obama said, and the Defense Department must invest in skills to help troops succeed in the unconventional mission that they now face.

“We must understand different languages and different cultures,” he said. “We must study determined adversaries and developing tactics.”

The president also delivered his pitch for the use of all elements of national power. “We cannot continue to push the burden onto our military alone, nor leave dormant any aspect of the full arsenal of American capability,” he said. “That’s why my administration is committed to renewing diplomacy as a tool of American power, and to developing our civilian national security capabilities.”

Civilian employees of all agencies must join to help allies enhance governance, develop economies and advance opportunities, Obama said. “We have to enlist our civilians in the same way that we enlist those members of the armed services in understanding this broad mission that we have,” he added.

And America needs allies in all parts of the world to deal with these threats. “There is no permanent American solution to the security challenges that we face within any foreign nation, nor can the world meet the tests of our time without strong American leadership,” the president said, promising that the United States will engage with foreign militaries and security forces that can combat common enemies.

Obama told the men and women, military and civilian, American and foreign students at the National Defense University that they all will play a role in combating enemies of freedom.

“Your story is your own, and the education that you’re receiving will help you advance it,” he said. “But you’re here because you’ve also accepted the responsibility of having your story as part of the larger American story. Your story is serving your fellow citizens in the wider world. And my message to you today is simple: Your individual service makes all of the difference. You will make the decisions, large and small, that will help shape our future.”

The president told the students that the true strength of America comes not from military strength or economic might, but “from the power of our ideals: democracy, liberty, equality, justice and unyielding hope.”

Abraham Lincoln Hall is the newest building at Fort McNair — a fort that Lincoln visited often during his presidency. Then called the Washington Arsenal, it was where civilian workers — mostly women — made ammunition for Union forces during the Civil War. An accident at the arsenal killed many of the women in 1864, and Lincoln visited the site and attended the memorial service. The arsenal was also where the Lincoln assassination conspirators were held and hanged in 1866. 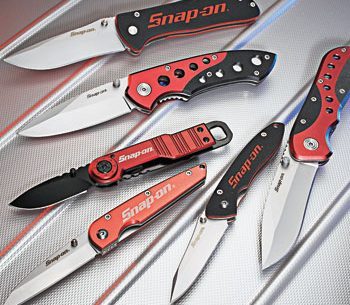