WASHINGTON, Nov. 15, 2009 – The mutual goal of negotiating an agreement on reducing nuclear arms by the end of the year is on track, President Barack Obama and Russian President Dmitry Medvedev said today.
Obama and Medvedev met in Singapore during the Asia Pacific Economic Cooperation meetings.

“Our negotiators have made excellent progress over the last several months,” he said during a joint news conference with Medvedev. “Our goal continues to be to complete the negotiations and to be able to sign a deal before the end of the year. And I’m confident that if we work hard and with a sense of urgency about it, we should be able to get that done.”

Both men said some tough technical issues still need to be addressed. “We’ve agreed to give additional impetus to those negotiations [and] find solutions on remaining issues, because in some cases those are technical issues. Some require political solution,” the Russian president said through a translator.

Medvedev said both leaders are aware of the world’s interest in these negotiations.

“Even in the past, the situation and the world depended on us,” he said. “It is all the more important now, since there are no longer the old ideological barriers.”

The two presidents also spoke about Iran and its nuclear ambitions.

Obama said the United States wants to resolve the problem of the Iranian nuclear program constructively. He proposed that the United States and Russia offer two paths for Iran. One is that if Iran forsakes nuclear weapons, the world would help it obtain peaceful nuclear energy. He called this the most positive outcome, as it would lead Iran to integration with other nations of the world.

“The alternative would be an approach that would involve increasing pressure on Iran to meet its international obligations,” Obama said. “These concerns were further heightened with the Qom facility that had not been properly disclosed.”

U.S. and Russian leaders have worked together to provide Iran a very concrete, specific and fair proposal. This includes a proposal to get low-enriched uranium out of Iran, processed, and then sent back to Iran. This would allow Iran to have a peaceful nuclear energy program without weaponization capacity, Obama said.

“Unfortunately, so far at least, Iran appears to have been unable to say yes to what everyone acknowledges is a creative and constructive approach,” he said.

From the start of his administration, Obama has said negotiations with Iran would not be open-ended. “We are now running out of time with respect to that approach,” he said.

Meanwhile, the United States and Russia will continue to speak with Iranian leaders, Obama said.

“We believe that the United States and Russia will continue to urge Iran to take the path that leads them to meeting its international obligations,” he said. “We can’t count on that, and we will begin to discuss and prepare for these other pathways.”

“Negotiation process is not for the pleasure of the process itself, but it is done in order to reach practical, specific outcomes,” he said. “In this case, our goal is clear: it is a transparent, up-to-date, peaceful program – not a program that would raise questions or concerns from the international community. We’re prepared to work further, and I hope that our joint work will yield in positive results. In case we fail, the other options remain on the table in order to move the process in a different direction.”

The two presidents also discussed Afghanistan, economic issues and the overall standing of U.S-Russian relations. Obama said that Medvedev was “frank, thoughtful and constructive” during the discussion. “I am somebody who genuinely believes that the reset button has worked, and that we are moving in a good direction,” he said. 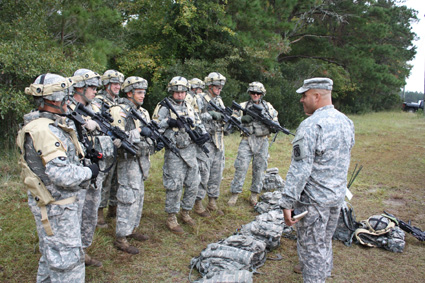 WASHINGTON, Nov. 15, 2009 – The mutual goal of negotiating an agreement on reducing…