WASHINGTON, March 4, 2009 – President Barack Obama today pledged to ensure the security of the American people while trimming fat from the Defense Department budget and reforming government contracting. Obama’s remarks here came a week after unveiling his proposed budget summary, which allocated $534 billion for the Defense Department’s base operating budget in fiscal 2010 — a 4 percent, or $20 billion, increase from the previous year.

“As commander in chief, I will do whatever it takes to defend the American people, which is why we’ve increased funding for the best military in the history of the world,” he said at the Eisenhower Executive Office Building.

“We’ll make new investments in 21st-century capabilities to meet new strategic challenges, and we will always give our men and women in uniform the equipment and the support that they need to get the job done,” he added.

Obama cited a report last year by the Government Accountability Office, Congress’ independent watchdog, that found cost overruns of $295 billion on 95 major defense projects. He praised Defense Secretary Robert M. Gates for taking steps toward reform, and he requested that Gates work with Congress to help in shaping legislation.

Regarding Iraq, Obama said too much money has been paid for services that were never performed, buildings that were never completed and companies that skimmed off the top. He added that too many contractors in the United States have been allowed to get away with extended delays in developing unproven weapon systems.

“It’s time for this waste and inefficiency to end,” the president said. “It’s time for a government that only invests in what works.”

The president said he rejects the “false choice” between securing the nation and wasting billions of taxpayer dollars, and he vowed to reform a government contracting system he characterized as “broken.”

Obama signed a presidential memorandum instructing his administration to dramatically reform the way it does business on contracts across the entire government, and he tasked budget director Peter R. Orszag to produce new contracting guidelines by September. 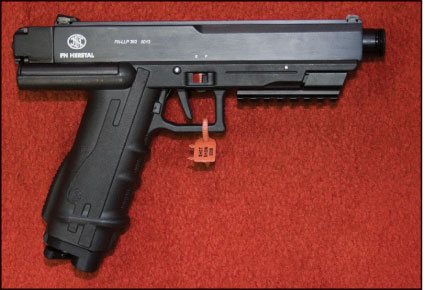