WASHINGTON, Aug. 5, 2009 – Citing the direct correlation between military deployments and post-traumatic stress disorder, President Barack Obama said he’s hopeful that increasing the size of the force will help to reduce incidents of stress.

Obama joined Veterans Affairs Secretary Eric K. Shinseki yesterday to discuss a broad range of veterans issues, including his commitment to tackling the causes behind PTSD and providing resources to help those experiencing it.

“There is a direct connection between the problems of PTSD and the pace of military operations,” Obama told military reporters during a roundtable interview at the White House.

“As we are phasing down our operations in Iraq, we’re going to see fewer PTSD cases coming out of Iraq,” he said. “As we’re seeing increased velocity of operations in Afghanistan, that’s going to put more strain on the military personnel who are located there.”

Faced with that hard reality — one he said he takes to heart as he deploys troops in the first place — Obama said he wants to reduce the incidents of PTSD. And one of the best ways to do that, he said, is “to reduce the amount of time in theater without a break.”

Obama noted steps he’s taken to increase the size of the military, particularly the Army and Marine Corps, which have been most heavily stressed with deployments to Iraq and Afghanistan.

He also gave Defense Secretary Robert M. Gates authority to advance the Army’s growth to end its “stop-loss” policy more quickly. The unpopular policy keeps some soldiers in uniform beyond the terms of their enlistment contracts.

The president also approved Gates’ recommendation to temporarily boost the Army’s active force by 22,000 members, a move expected to begin making an impact in January.

“All those things are going to make a difference in reducing stress, because what you’ve seen is that the incidents of post-traumatic stress disorder increase with each deployment,” the president said.

But Obama called that just the first step in addressing the issue. Identifying people with symptoms of PTSD and getting them help also are key to a comprehensive approach.

“Step No. 2 is making sure that we are doing the screening that’s necessary so that problems don’t fester, and eliminating the stigma that may have historically existed when somebody is showing symptoms of PTSD — particularly if they’re still in theater, or still on active duty,” he said.

The military has been working hard to change that paradigm, he noted. “I think that you’ve seen steps both within all the armed forces to talk about these issues, encourage people to avail themselves of services while they’re in theater, but also when they get home,” he said.

The president recognized “much more aggressive, systemic screening” VA conducts for every veteran entering its system.

The third step in addressing PTSD is to provide mental health services to those who need them.

Obama said his fiscal 2010 budget, which includes the largest VA funding increase in 30 years, will help to confront PTSD and traumatic brain injuries in a “more robust way.”

“Throwing money at the problem by itself is not enough,” he conceded. But, he added, money does help by funding more counselors, mental health specialists and treatment facilities. “We’re hiring mental health providers,” Shinseki pointed out. “We’re up to 18,000 in the VA today.”

Shinseki also noted the success of VA’s national suicide hotline, staffed by mental health professionals. In the year since it went operational, the hotline — 1-800-273-TALK (8255) — has received about 150,000 calls.

But the biggest measure of the hotline’s effectiveness, Shinseki said, are the 3,200 “online interventions” in which mental health professionals were able to help stop suicides “in the process.”

“Because you have a mental health professional recognizing some cues, with an electronic health record — you have a name, you know a location — you can begin to vector, whether it’s police or local authorities, to help,” Shinseki said.

Among those 3,200 interventions, one involved a suicide in process in Baghdad, he said. A mother who was online with her troubled son called the hotline. That sparked a chain of events that led to getting notification to the servicemember’s unit commander, who stepped in to help.

More money will fund more research into PTSD to get a better understanding of its causes, Shinseki said. “We know a lot about PTSD, but we don’t know enough,” he said.

Why, for example, are two people who have had the same experience affected differently? “There’s something here that we don’t understand,” Shinseki said. “Is it personal makeup, resilience, how kids were raised, or whatever? But unlocking that door, for both [the Defense Department] and VA, will be important because it will help us understand how we can teach resilience.”

Even with more understanding and treatment options for PTSD, Shinseki acknowledged another challenge: getting people to acknowledge they need help in the first place.

Mandatory screenings will help, he said. In addition, VA is moving its mental health care into the primary care areas of its hospitals. “We’re trying to attack that stigma of, ‘I’m going to mental health,’ as opposed to ‘I’m going to the hospital,’ where it’s not so visible,” Shinseki said.

Another challenge is getting veterans, particularly younger ones who think they can deal with the problem themselves, to reach out for help. “Some of that is having to break through … the invincibility of youth, convincing them that they have an issue [and that] we can help,” he said.

Shinseki pointed to 131,000 homeless veterans, many of whom began their downward spiral with undetected and untreated PTSD or other mental health problems.

As VA works with other agencies to address the homeless veteran problem, he said, it wants to resolve issues that can help the newest veterans from facing the same plight in the future.

Obama said he’s seen a change in attitudes about PTSD since the Vietnam era. “And I think both [the Defense Department] and VA take the issue of PTSD very seriously,” he said.

“I’m confident that we’re moving in the right direction,” he said. “We’re putting resources behind it. We’re putting time and energy behind it. I’m focused on it personally. But it’s going to take some time.” 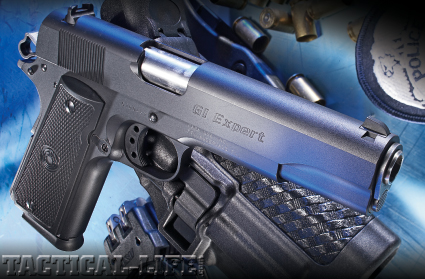