The Veterans Healthcare Reform and Transparency Act fundamentally changes how the Department of Veterans Affairs receive health care funding. The reform calls for appropriations a year in advance after more than two decades of regular budget delays, Obama said from the White House East Room.

“Over the past two decades, the VA budget has been late almost every year, often by months,” the president said. “At this very moment, the VA is operating without a budget, making it harder for VA medical centers and clinics to deliver the care our vets need.”

Obama said that because of budget shortfalls, new doctors, nurses and critical staff aren’t hired on time. New health care facilities and programs often are put on hold, leaving veterans to pay the price for the government’s neglect, he said.

“This is inexcusable. It’s unacceptable. It’s time for it to stop,” he said. “And that’s just what we’ll do with this landmark legislation.”

“In short, this is common-sense reform,” he said. “It promotes accountability at the VA. It ensures oversight by Congress. It is fiscally responsible by not adding a dime to the deficit, and it ensures that veterans’ health care will no longer be held hostage to the annual budget battles in Washington.

“Keeping faith with our veterans is work that is never truly done,” he continued. “Today’s veterans expect and deserve the highest quality care, as will tomorrow’s veterans, especially our men and women in Iraq and Afghanistan.”

Obama pledged his administration would continue in efforts to build a 21st-century VA. Since he’s taken office, the White House, VA and Pentagon have been working to “cut the red tape and backlogs,” he said.

He noted the administration has invested in mobile clinics to give veterans in rural areas better access, and cited the VA and Pentagon’s work to develop a single health care record for servicemembers to make their transition out of the military a simpler process.

Obama also vowed to end homelessness among veterans and praised the success of the Post-9/11 GI Bill, which offers qualified veterans better opportunities to attain higher education and training.

“All told, we have made the biggest commitment to veterans, the largest percentage increase in the VA budget in more than 30 years,” he said. “As a nation, we’ll pledge to fulfill our responsibilities to our veterans, because our commitment to our veterans is a sacred trust, and upholding that trust is a moral obligation.” 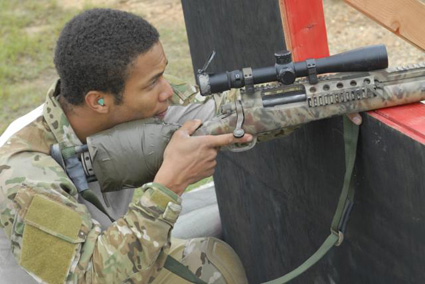