WASHINGTON– The United States and the People’s Republic of China can cooperate on a number of security issues of mutual interest, such as preventing the spread of nuclear arms and combating global extremism, President Barack Obama said here today.

The relationship between the United States and China “will shape the 21st century, which makes it as important as any bilateral relationship in the world,” Obama said during opening remarks of the two-day U.S.-China Strategic and Economic Dialogue conference held at the Ronald Reagan Building and International Trade Center.

Then-President George W. Bush and Chinese President Hu Jintao initiated the twice-yearly U.S.-China dialogue meetings in 2006 as a framework for the two nations to discuss issues of mutual economic interest. Obama has increased the State Department’s role in the conference, which alternates locations each year between China and the United States.

“Today, we have a comprehensive relationship that reflects the deepening ties among our people,” Obama said of the current state of U.S.-Chinese relations.

Obama also cited his conviction that the countries share mutual security interests following the fall of the Berlin Wall two decades ago that marked the end of the Cold War. For example, he said, the United States and China can cooperate to advance the two nations’ mutual desire to stop the spread of nuclear weapons.

“Make no mistake, the more nations acquire these weapons, the more likely it is that they will be used,” he said. “Neither America nor China has an interest in a terrorist acquiring a bomb, or a nuclear arms race breaking out in East Asia.”

It is of vital importance to global peace and security, Obama said, to dissuade countries like North Korea and Iran from acquiring nuclear weapons.

The United States and China “must continue our collaboration to achieve the denuclearization of the Korean peninsula,” Obama said, “and [to] make it clear to North Korea that the path to security and respect can be traveled if they meet their obligations.

“And, that is why we must be united in preventing Iran from acquiring a nuclear weapon,” he added, “and urging the Islamic republic to live up to its international obligations.”

It is the responsibility of all of the world’s nations, Obama said, to cooperate to safeguard all vulnerable nuclear materials from falling into the hands of terrorists.

“In the 21st century, a strong and global regime is the only basis for security from the world’s deadliest weapons,” Obama said.

The American and Chinese governments, the president said, also can increase their military-to-military cooperation to reduce the chance of potential misunderstandings and to combat global extremists.

“Through increased ties between our militaries, we can diminish causes for dispute, while providing a framework for cooperation,” Obama said. “Through continued intelligence sharing, we can disrupt terrorist plots and dismantle terrorist networks.”

No one nation can all by itself confront the challenges of the 21st century, he said, noting: “It is this fundamental truth that compels us to cooperate.”

Obama said he doesn’t entertain the belief that the United States and China will agree on every issue, nor choose to view the world in the same way.

“But that only makes dialogue more important,” Obama said, “so that we can know each other better, and communicate our concerns with candor.”

The president acknowledged that some people in the United States and China believe that the two nations are fated to pursue an adversarial course.

“I take a different view,” he said of such a potentially negative U.S.-Chinese relationship. “I believe in a future where China is a strong, prosperous and successful member of the community of nations; a future when our nations are partners out of necessity, but also of opportunity.” 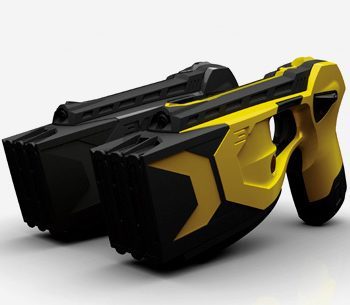