WASHINGTON– The Defense Department’s information technology acquisition process is too slow to be cost-effective, a senior Pentagon official told Congress yesterday, citing the need for acquisition reform within the department.

Harp described the department’s acquisition process and how it contradicts President Barack Obama’s desire to cut back on government spending.

That the powers of information technology will double every 18 months is a compelling idea that’s been proven valid among the systems acquired by the Defense Department, he said. That reality places high demands on defense officials to change system requirements much sooner than they may originally have anticipated to enable relevant technology fielding on the battlefield or home station, he added.

“Combat operations are being conducted in rapidly changing circumstances, placing pressure to change requirements … to respond to adversary tactics,” he said. “Also, the warfighters of today are information-technology savvy, with expectations to leverage the unprecedented innovation in the commercial market to enhance [the Defense Department’s] information systems and capability.

In fiscal 2010, the Defense Department will establish 10 pilot programs to acquire information technology under a new process, Harp told the subcommittee, adding that he expects the programs rapidly will improve defense acquisition.

The goal will be to implement smaller programs to meet the needs of more people in a timelier manner, he explained.

“Smaller programs are more successful,” Harp said. “We can compete with industry delivering programs of 75,000 lines of code or less. When you start getting up into [millions of] lines of code, even industry can’t deliver them on time and on schedule.

“This whole direction that we’re going with the small, modular approach may lend itself to more successes,” he said. 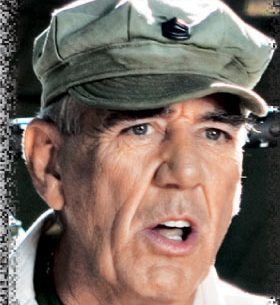 WASHINGTON– The Defense Department’s information technology acquisition process is too slow to be cost-effective,…