But this process must speed up, the official said, speaking on background. The United States cut all military-to-military ties with Pakistan from 1990 to 2002 as a result of the Pressler Amendment, which sanctioned Pakistan for developing nuclear weapons. “We lost the chance to influence an entire generation of officers,” the official said.

Pakistani officers once were common sights at American military schools. For example, the current Pakistani army chief of staff, Gen. Asfaq Kayani, attended the Advanced Infantry Officer Course at Fort Benning, Ga., and the Command and General Staff College at Fort Leavenworth, Kan. Older Pakistani officers, who know America and have a network of American friends and colleagues, are more apt to listen to American points of view, the embassy official said.

But after more than a decade of no U.S.-Pakistani military contact, a generation of Pakistani officers spent their formative years in schools in Saudi Arabia, Jordan and China, and they have no American friends. “We have this huge layer of estrangement we are trying to cut our way through,” the official said.

The operational tempo for the Pakistani army means that the exchange program and education program cannot work as fast as U.S. and Pakistani officials want. While Pakistan has one of the largest armies in the world, it is severely strained by operations against extremists in western Pakistan. The country also keeps substantial garrisons along the country’s border with India.

The exchange program is set to double in the next year, and that’s a good start, the official said. “But you have to remember how deep the hole is,” the official added.

Anti-American sentiment in Pakistan also plays a part, the official noted, with officers not wanting to appear as lackeys to the Americans. But actions along Pakistan’s border with Afghanistan and contacts with U.S. units and officers across the border are helping the process along. 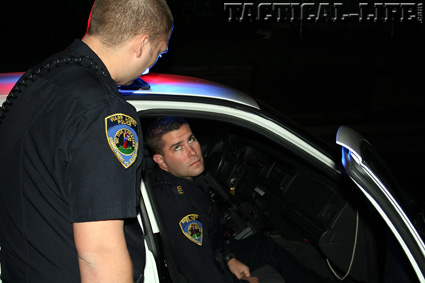 ISLAMABAD, Pakistan, Dec. 16, 2009 – Though American and Pakistani soldiers are interacting at…