“A bipartisan cross section of distinguished Americans has called for the closure of the Guantanamo Bay detention facility, and has done so for a period of years,” Jeh C. Johnson, the Defense Department’s general counsel, said before the Senate Judiciary Committee. “The president imposed a deadline on us for closing Guantanamo Bay, and we remain committed to meeting that deadline, and we’re confident we’ll get the job done.”

Two interagency task forces made up of personnel from the Defense, State, Justice and Homeland Security departments have been reviewing dispositions of detainees currently being held at Guantanamo Bay and the general detention policy there to determine the best practices for prosecuting the detainees in civilian court.

For the past six months, “these task forces have worked diligently” to collect the necessary information for a comprehensive review of the U.S. detention policy and the status of detainees held at Guantanamo Bay, Johnson said. The interagency group assigned to reviewing the cases has made recommendations to approve the transfer of more than 50 detainees to other countries.

Reform also has taken place to amend policies within the Military Commissions Act of 2006, Johnson said. Johnson said Obama’s administration feels the Senate has identified the issues needed for reform, and that officials are working side by side with Congress to make further changes.

“The Department of Justice and Defense Department were happy that the language was amended to more closely reflect the Classified Information Procedures Act, so that classified information in military commissions prosecution is treated in a manner [and] in a way in which it’s treated in federal civilian courts,” Johnson said.

The new policy under the National Defense Authorization Act proposes changes that ban in-court use of statements obtained by cruel interrogation methods, which Johnson said will go a long way to enhance the nation’s national security and the credibility of military commissions.

Johnson added that Defense Secretary Robert M. Gates recently announced five changes to the rules for military commissions that will also go a long way toward improving the process. The rule changes follow the Defense Authorization Act and provide detainees greater latitude in choice of counsel, afford basic protection for defendants who refuse to testify, reform the use of hearsay by putting the burden on the party trying to use the statement, and make clear that military judges may determine their own jurisdiction.

Johnson said he and his colleagues are more than pleased with the amendments made by Congress.

“It is our basic view that the [National Defense Authorization Act] identifies virtually all of the elements we believe are important to further improve the military commissions process,” he said in his written testimony. “We are confident that through close cooperation between the administration and the Congress, reformed military commissions can emerge from this effort as a fully legitimate forum — one that allows for the safety and security of participants [and] for the presentation of evidence gathered from the battlefield that cannot always be effectively presented [in civilian courts].”

Johnson also addressed the issue of Guantanamo detainees who cannot be prosecuted in civilian courts but still pose a threat to U.S. national security. Detention of enemy forces captured on the battlefield during war is “an accepted practice under the law of war, to ensure that they not return to the fight,” he said.

For this category of people, a thorough process of periodic review must be carefully evaluated and justified, he said, echoing Obama’s May 21 address at the National Archives here.

“This president believes that, if any detention of this sort proves necessary, the authority to detain must be rooted firmly in authorization granted by Congress,” he said. 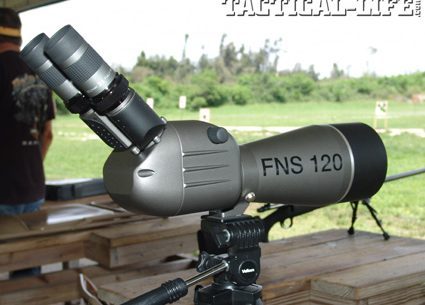