A U.S. Navy aircraft crashed in the Persian Gulf region on Wednesday and one of the four crew members is still missing, the military said in a statement.

Three of the four crew members have been recovered and search-and-rescue efforts for the fourth one are currently under way, the U.S. Navy’s statement said. It called the crash a “mishap.” The aircraft belonged to Carrier Airborne Early Warning Squadron (VAW) 121, according to the statement.

The E-2C Hawkeye, which is primarily used to detect incoming aircraft with its 24-foot diameter radar, crashed in the North Arabian Sea after it “experienced mechanical malfunctions.” It was returning from conducting operations in support of Operation Enduring Freedom, the statement said.

The plane was used for command-and-control functions on the aircraft carrier USS Dwight D. Eisenhower, as well as surveillance.

The Navy is investigating the incident.

The E-2 Hawkeye is a twin-engine and turboprop aircraft that can carry up to five crew members. 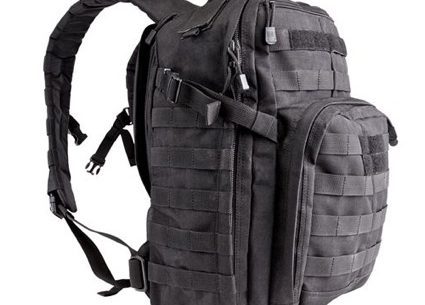 A U.S. Navy aircraft crashed in the Persian Gulf region on Wednesday and one…