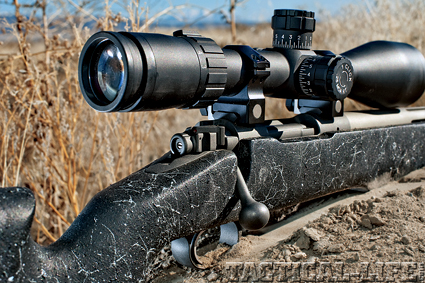 While at a recent gun show, I had the opportunity to meet Wayne York. While most conversations at trade shows are merely small talk, that wasn’t the case this time. My affinity for the 6.8 SPC cartridge shined through as we discussed the advantages of a true precision rifle built for that caliber on a dedicated .223 action. Wayne shared my opinion and indicated he would look at building such a rifle.

Wayne York’s quarter bore is lightweight, laser accurate and built to the highest standards—providing a flat-shooting cartridge with enough bullet weight and energy to take medium-sized game at reasonable distances. It’s also a blast to shoot, with mimimal felt-recoil.

Time passed, and like many of these conversations, it was forgotten. A few months later, Wayne York called. He told me that, although he had yet to build a 6.8 SPC, he has developed a new quarter bore based on the same cartridge. He calls it the .25 York and asked if I would like to shoot it. Preliminary testing had been favorable and he was going to be in my area in a few weeks.

So we met and I was given the .25 York prototype with about 50 rounds of handloaded ammunition. Built on a Kimber 84M action with a fluted barrel and tactical stock, it was a handy little rifle. Although it was not a 6.8 SPC, it certainly fit the original idea and it was going to be interesting to see how it worked. 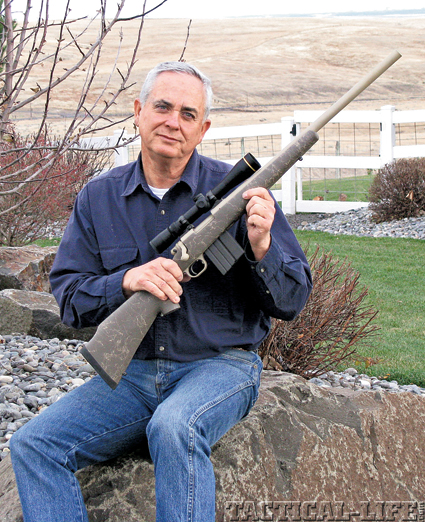 Wayne York is the epitome of the understated professional—quiet, unassuming and content to simply build fantastic rifles.

While at a recent gun show, I had the opportunity to meet Wayne York.…