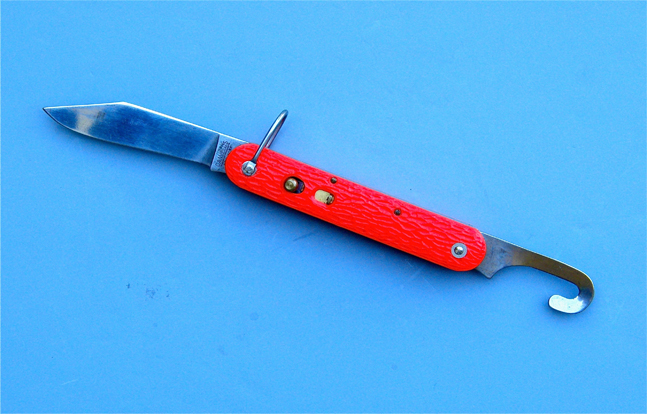 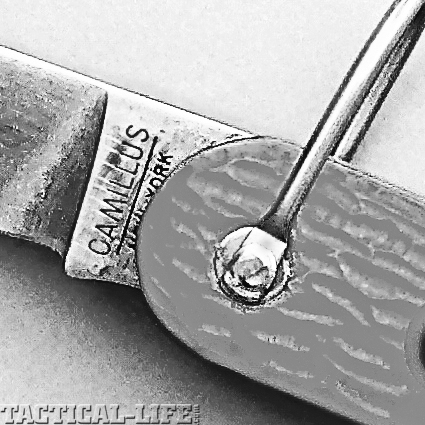 It’s interesting that a knife that is generally considered subpar has managed to remain in issue for around a half century. The MC-1 was introduced in 1958, and I have seen reference to it still being issued within the last decade. However, I have also seen reference to the fact that the Air Force cancelled contracts for the MC-1 in 1993, which may indicate that those still in inventory continued to be issued for another decade or so.

Certainly, when the MC-1 was first issued to airborne troops, old-timers who still had their World War II Schrade M2 Paratrooper Knives didn’t feel it matched them for quality. The primary criticisms over the years have been the loose lockup of the blade, the fact that if the user doesn’t get his finger off of the release button quickly the blade doesn’t lock fully open and that logically the shroud cutting blade should be the one which is auto opening. (Editor’s note: It is my understanding that the Air Force originally intended for these knives to be carried on a parachute harness with the hook blade already open when the emergency chute deployed. Though a lot of them found their way into army paratrooper hands, they never were official issue in that branch of the service.) I agree with those criticisms. The need for the shroud cutter to open automatically is somewhat of a “no brainer,” as many foreign paratrooper knives incorporate the auto-opening feature for the shroud cutter. Other valid criticisms include difficulty in keeping the stainless steel blade sharp; thinness of the blade, which precludes any type of prying; and poor location of the lanyard loop, which can interfere with operating the button release for deploying the main blade. The hooked shroud cutter is generally not particularly sharp and it takes some effort to cut parachute cord using it. However, it can be sharpened to work better.

Lasting Legacy
So with all these failings, why has the MC-1 stayed around so long? Well, it does have some good features. For one, the leaf spring is heavy-duty, durable and continues to work. When I got out my MC-1 to do this column it had not been opened in 20 years, yet it opened immediately when I hit the button. On the other hand, it did not fully lock because I forgot to get my finger off the button quickly. The auto blade does have a sliding safety, which is important to prevent inadvertent opening. The orange handles also make the knife easy to find if it is dropped. Although the high-carbon steel dulls quickly, it also takes an edge quickly.

A Camillus MC-1 with the auto-opening knife blade and the manually opening shroud cutter blade opened. 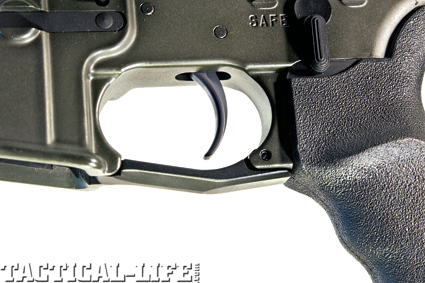 The Truth On Triggers