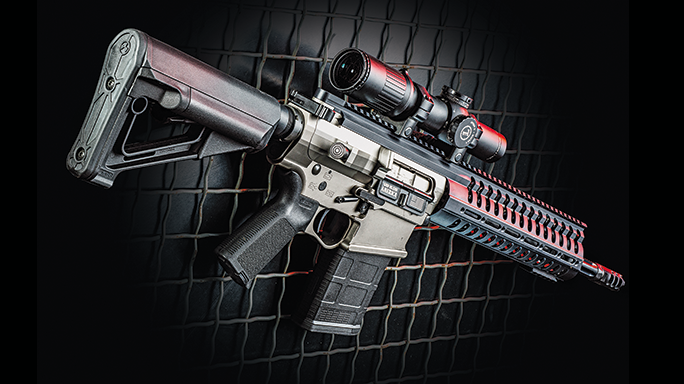 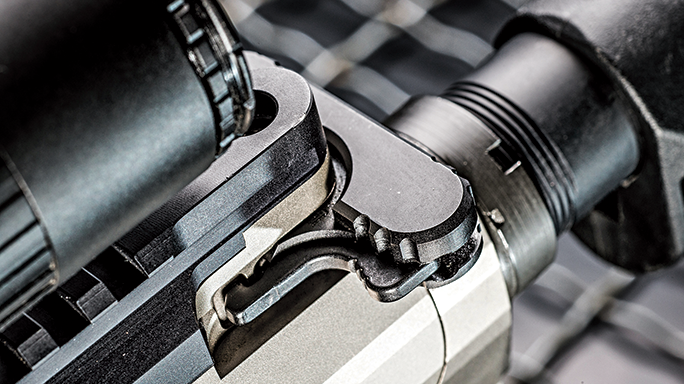 2 of 7
Photo by ALEX LANDEEN
P308-FA: Patriot Ordnance Factory’s New Full-Auto
Like the rest of the P308-FA, the charging handle is a heavy-duty design that can withstand harsh use with ease. 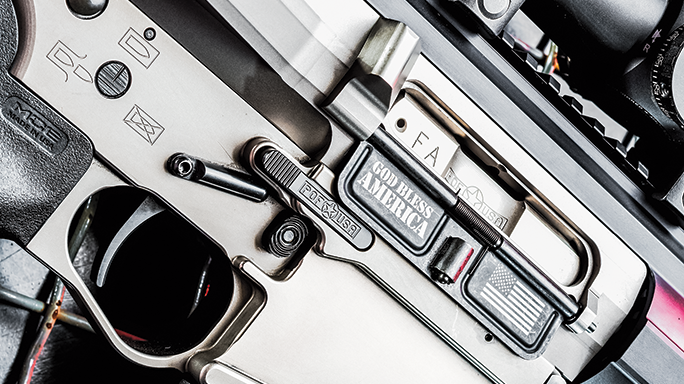 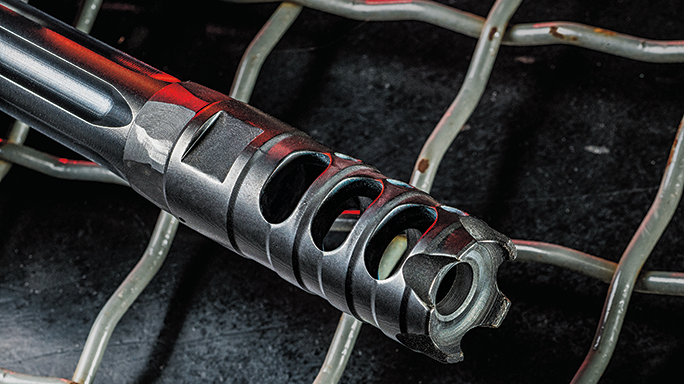 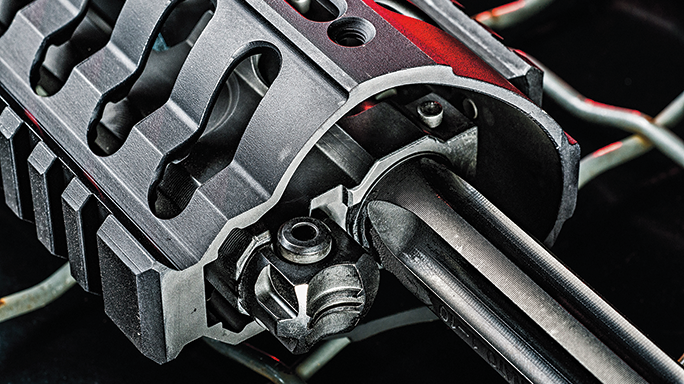 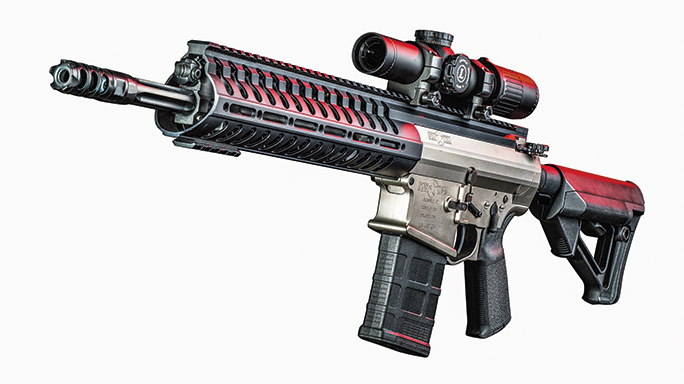 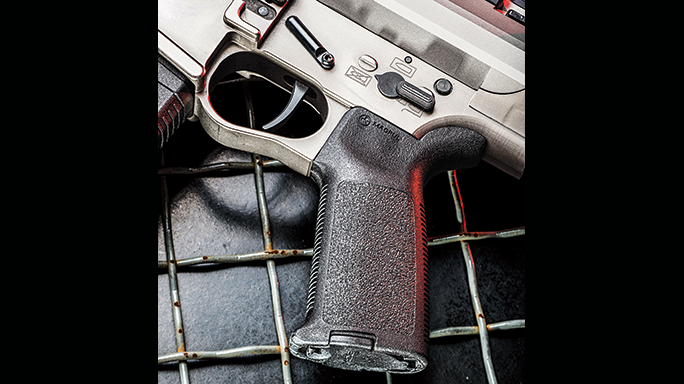 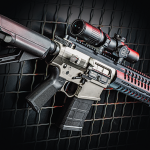 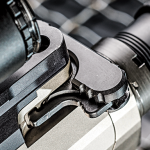 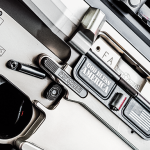 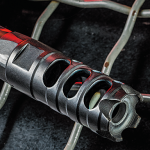 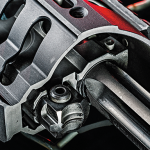 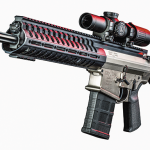 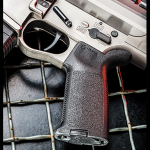 It was a solicitation by the San Bernardino County, Calif., Sheriff’s Department (SBCSD) for a short-barreled, select-fire .308 Winchester/7.62mm rifle that led to my meeting with Frank DeSomma, the president and founder of Patriot Ordnance Factory, or POF-USA, at his Phoenix, Ariz., factory.

Sitting in DeSomma’s office, it quickly became apparent that his guns weren’t just of interest to law enforcement agencies. Pictures of DeSomma and celebrities like Ted Nugent, Steven Seagal, Aaron Lewis, Toby Keith and Steven Tyler adorned his office walls. So too is his Patriot artwork that has been featured in his ad campaign of a Minuteman in a tri-corner hat holding a modern POF-USA rifle.

DeSomma searched through a stack of papers on his desk and handed me the report written by Bruce Park for the SBCSD. The agency had requested a test sample of the P308-FA, a 14.5-inch-barreled, select-fire, 7.62mm rifle, for its Special Enforcement Detail (SWAT), and in the 17 months of testing, during which over 35,000 rounds were fired, meticulous notes were recorded.

POF-USA started shipping guns in 2004, and right from the beginning the company’s products were always something different and innovative than the rest of the market. DeSomma had designed a regulated, short-stroke gas piston system and adapted it to the AR platform.

In the beginning, his guns were looked at with a jaundiced eye by the shooting community. Most of us withheld judgment while we waited for his guns to establish a track record—good or bad. DeSomma had come from the aerospace industry, and he put his 28 years of process engineering to use. He used different materials and coatings and, in general, not doing things the established way that traditional firearms manufacturers did things. By and large, the majority of the industry is traditional and does not accept change without resistance. It turns out DeSomma wasn’t so much a renegade as he was a trendsetter, and other companies are now following his lead.

An unapologetic patriot, DeSomma gives credit to living in a nation where freedom and liberty still mean something special. He even laser engraves his ejection port covers with “God bless America” and a picture of the U.S. flag. “Freedom breeds innovation,” DeSomma said with a grin.

My meeting at POF-USA wasn’t the first time I had seen DeSomma’s short-barreled .308s. Back in 2009, POF-USA’s shooting team competed with 12.5-inch-barreled guns at the DPMS Tri-Gun match in St. Cloud, Minnesota, and placed very well.

So when the SBCSD came looking for a .308 the same length as its issued 5.56mm ARs, POF-USA had its P308-FA ready. Other brands were tested and eventually discarded, and after accepting the P308-FA, the SBCSD armory attempted to “determine the life cycles of the various components of the rifle and ultimately the service life of the rifle itself.” Used in training and demonstrations, the rifle received little maintenance other than occasionally lubricating the bolt carrier.

Run in both semi- and full-auto with brass- and steel-cased ammo, the gun ran without a malfunction for 23,500 rounds, when a two-round burst produced a double feed. It was determined that the buffer spring had become compressed by over 1.5 inches and was replaced. The gun returned to normal functioning until around 28,600 rounds, when some chrome plating on the gas piston flaked off and caused enough drag for intermittent malfunctions. POF-USA used this as a learning experience and stopped chroming its pistons. A running change was made to nitrate-heat-treat the pistons to eliminate any chance of delamination. In the case of the SBCSD rifle, a new piston got this gun back to running at 100 percent. The bolt’s ejector spring was responsible for some failures to eject at about 29,080 rounds, and replacing this part corrected the problem immediately.

At around 34,280 rounds, empty cases were being extracted but sliding off the extractor before they could be ejected during full-auto. The extractor wasn’t broken, but its edges were burnished from use. Replacing the extractor cured this problem, and the testing continued to 35,480 rounds, at which point the after-action report was written. If you’re not impressed, then you’ve never put this many rounds through the same gun. For a weapon to reach this round count with just minimum maintenance and a having just a few parts replaced is incredible. The P308-FA is more than just the sum of its parts—it is the summation of a collection of mind-blowing innovations.

The heart of the POF-USA gun is its regulated gas piston system. Gas is bled from the barrel into an expansion chamber where the piston impacts the operating rod, which transfers enough kinetic energy to the bolt carrier to start the unlocking, extracting, ejecting and chambering sequence. DeSomma’s design uses an undersized piston. There are no rings or friction-fit parts here. As DeSomma said, “It’s free-floating.” Tightly fit parts create friction, and friction creates heat and wear. This design uses enough gas to cycle the action and vents everything else off. Parts stay cool and don’t wear out prematurely.

Another of DeSomma’s innovations is his roller cam, which reduces friction and drag and takes most of the impact out of locking and unlocking. The original cam design is rectangular and made from steel and over time can cause significant wear inside an aluminum receiver.

Coatings are an important component of the POF-USA quality equation. “I spent a lifetime in aerospace,” said DeSomma. “Every part we made had a coating designed to reduce friction, dissipate and protect from heat, prevent corrosion and prolong its service life. We use Robar’s NP3 electroless nickel-
Teflon finish, which not only has high lubricity and a low friction coefficient, but it also increases the part’s surface hardness. We use it on the bolt carrier and hard chrome our bolts. Our barrels are nitrate heat treated—basically a casehardening process that increases the hardness of the metal to 70 Rockwell. Our barrels are easier to clean and don’t copper foul like chrome-lined barrels, and they can’t delaminate from heat. We also use it on the gas block, pistons and muzzle devices.”

As I toured the POF-USA factory I noticed that they were using steel-cased Wolf ammunition for test firing. Many companies warn expressly against the use of steel-cased ammo. DeSomma said, “The new poly-coated cases are so much better than the old lacquered cases. We buy it by the pallet load. In fact, we donated 5,000 rounds to the SBCSD for its testing of the P308-FA. Our nitrate-heat-treated barrel chambers are so much harder than the steel case that it can’t hurt our barrels.”

In 2014, DeSomma introduced the “infoulable” E2 dual extraction system. “Extraction has always been the Achilles’ heel of Stoner’s design. If you spend significant time shooting your AR, you probably keep the bolt wet with lube. You drop some cartridges in the dirt, blow them off and load them into your mags. Before you know it dirt and lube have migrated into your chamber, where the heat bakes it, and suddenly you’re having extraction problems. The neck of the cartridge and the chamber, which supports the cartridge neck, are both cylinders, and the neck of the cartridge case forms to the chamber when the round is fired. Ever try to pick up a 5-gallon bucket that’s sitting inside of another bucket? You need to break the seal, and that’s what we do with the E2 dual extraction system. We cut four shallow grooves into the neck area of the chamber to allow gas to vent around the casing’s neck, breaking the seal, and exert pressure on its shoulder for push/pull extraction. Extraction is more reliable, and it increases the life of the extractor exponentially.”

The P308-FA uses DeSomma’s Modular Railed Receiver (MRR), an aluminum, free-floating handguard that dovetails the upper receiver’s backbone and attaches with screws into steel anchors. The top of the handguard is railed, and rails can be attached where needed. One of the neat things about DeSomma’s design is that it uses an aluminum heat sink as a barrel nut. Combined with the piston operating system, this keeps the bolt carrier and barrel chamber cooler than any direct-impingement gun after firing.

POF-USA rifles are legendary for their accuracy, and the SBCSD evaluation surprised very few in this regard. Even after 35,000 rounds, the P308-FA was still producing 1.5-MOA groups at 500 yards. You can read the full SBCSD report on POF-USA’s website.

Never one to let his creations grow stagnant, DeSomma is constantly fine-tuning his designs. In fact, he introduced his fourth generation of rifles. These lower receivers have ambidextrous magazine releases, bolt releases and safety selectors as well as nylon tension screws for an unsurpassed receiver fit. While I toured the factory, DeSomma also showed me an AR-style bolt-action rifle, the ReVolt, designed for hunters to use where semi-autos aren’t legal. While the rest of the AR market follows in the “me too” position, DeSomma continues to lead.

While the select-fire P308-FA may be impossible for most to own, POF-USA does make a comparable semi-auto gun with a 14.5-inch barrel and a pinned muzzle device to give it the civilian-legal length of 16 inches. The SBCSD’s after-action report is solid, independent evidence that POF-USA’s regulated gas piston rifles will stand up to several lifetimes of hard use! 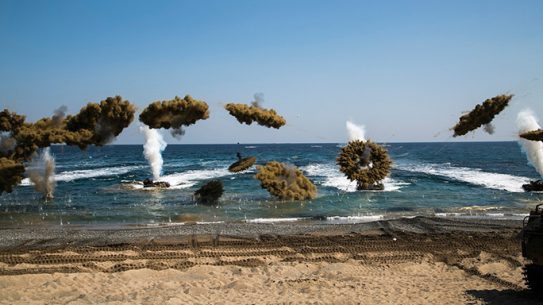