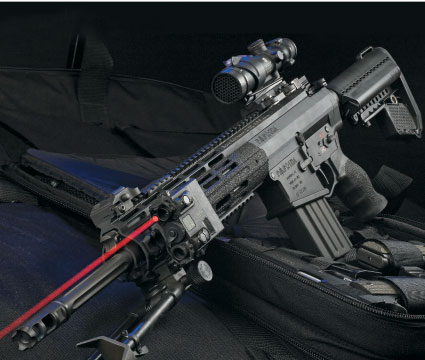 For those who may have only recently returned to earth from another planet or who may not have been keeping up to date on military and law enforcement matters in GWLE, the AR small arms family, which includes the M16 and its M4 carbine version haven’t exactly been covering themselves with glory in the War on Terror, presently being waged in Afghanistan, Iraq and other less well-known spots around the globe. Issues of both reliability and lethality have become commonplace in informal reports from those warriors at the “pointed end of the spear.” First-hand quotes include comments like, (regarding the M16) “Thumbs down. Chronic jamming problems with the talcum powder-like sand over there.” As to the military standard 5.56mm (.223 Remington) round, the same sergeant had this to say: “They all hate the 5.56mm (.223) round. Poor penetration on the cinderblock structure common over there and even torso hits can’t be reliably counted on to put the enemy down.” As far as M16 reliability issues are concerned, the rifle was known to require intensive maintenance in order to keep it functioning during the Vietnam War over 40 years ago.

In order to make the M16 reliable, heavy lubrication is necessary to soften fouling, but in a desert environment the lube becomes a dust magnet, causing the frequent stoppages mentioned above. To rectify at least some of the reliability and lethality issues, the military has quietly been withdrawing M14 rifles from storage and issuing them by the thousands. Unlike the ARs, the M14s have proven to be reliable, lethal and capable of penetrating the cinder block structures that have proven impervious to .223 rounds. Of course, there are some issues with the M14 as well. The M14 was never intended to accept the many accessories that characterize modern tactical operations and although there are modular stocks for the M14, they actually are “band-aids” that do not solve the M14’s basic problems. 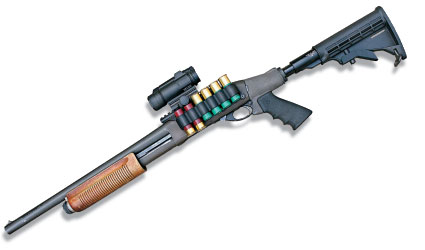