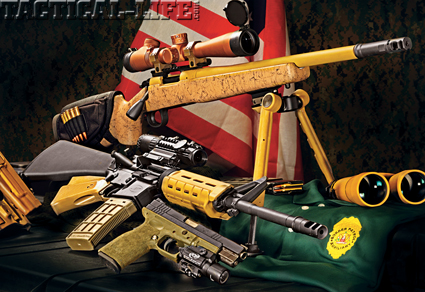 We are losing this war.
Not in Iraq or Afghanistan, but right on our own border. The war we are losing is against illegal immigration, human trafficking and drug smuggling. Moderate estimates put the number at one million people illegally crossing the southern U.S. Border annually. In California alone, some 250,000 illegals immigrate in, while 170,000 law-abiding citizens leave for states with less onerous taxes. Don’t expect more help from the Feds. With the Democrats talking about a new “immi­gration reform” bill that will include amnesty, expect numbers beyond the estimated 35 million illegal immigrants already here, to “head for the border.”

This was the situation Carl Braun and other co-founders recognized that led to the founding of BPAUX—the Border Patrol Auxiliary. Created as a “force multiplier” for the federal Border Patrol, the BPAUX is an all-voluntary, self-funded citizen patrol dedicated to doing their part to stop the seemingly endless flow of illegal immigration and contraband across the California-Mexico border.

BPAUX runs patrols day and night, spotting illegal border crossers and watching them until the “real” Border Patrol can come in and round them up. Auxiliary members watch a 20-mile stretch of the Border fence using thermal and night-vision optics that are, like their desert tan 5.11 uniforms, long guns and sidearms, personally paid for.

TW traveled to their headquarters, “Camp Vigilance,” located 4,000 feet above sea level on an active smuggling route just 60 miles east of San Diego and 2 miles from the Mexican Border, and met the Auxiliary as they completed their monthly advanced firearms training course. Ranging in age from their early 20s into the 70s, most BPAUX team members have prior or current military or police experience, and many have attended training courses such as at ITTS, Thunder Ranch and Front Sight.

Trained in Defense… and Rescue
Beyond the basics, members undergo extensive firearms training and familiarization with outside professionals every month. Each has been through the FBI Modified Counter Sniper Course, Defensive Handgun, Shotgun and Carbine courses, and each is a SAR- (search and rescue) trained Professional Rescuer. That elderly lady with the Remington PSS? In her day she was one of the top trackers in the country, and has taught tracking to more than 300 police departments nationally. 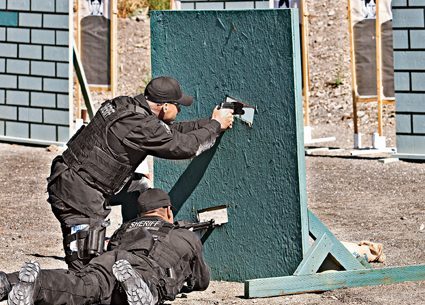 We are losing this war. Not in Iraq or Afghanistan, but right on our…