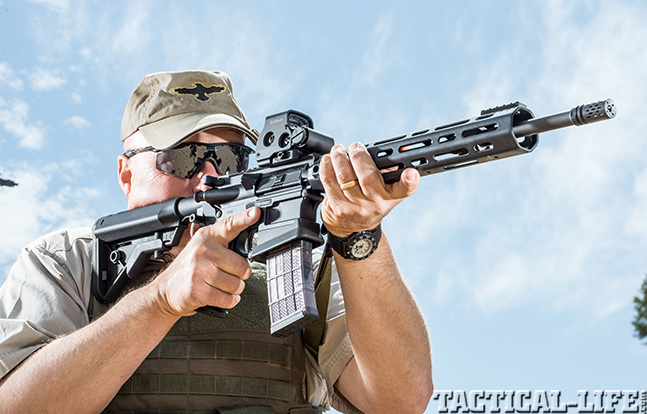 In the upcoming September 2014 issue of TACTICAL WEAPONS, author Doug Larson takes the new Lancer L15 Patrol to Gunsite Academy for some serious range time. Larson writes, “Since the original AR-15 was conceived and the first prototype built in the 1950s, the design has changed and improvements have been made. Now, with many manufacturers already in the market and new ones continuing to enter, innovation has become more common. And one company that has excelled at innovation is Lancer Systems.

“While not a widely known company, Lancer Systems has roots that date back to World War II, when it supplied sealants for military applications. As the company evolved, it eventually created a small arms division that has developed a unique modular lower receiver.

“The L15 Patrol is designed for the law enforcement patrol officer, and it’s one of the latest in the AR-style line produced by Lancer that uses the company’s innovative magazine well funnel that can be changed to one of three sizes that facilitate lightning-fast magazine changes.

“The Standard magazine well resembles the one on most mil-spec lower receivers. Another version is the Competition mag well, which has a very wide funnel that seems to suck in any magazine that gets close to it. In between is the Tactical mag well, which comes installed on the L15 Patrol and features a wide funnel that guides the magazine into it for fast reloads—maybe saving an officer’s life. To change wells, just drive out the retaining pin, slide the old mag well off and replace it with another. The lockup is solid, too—just like it was machined as part of the receiver.” 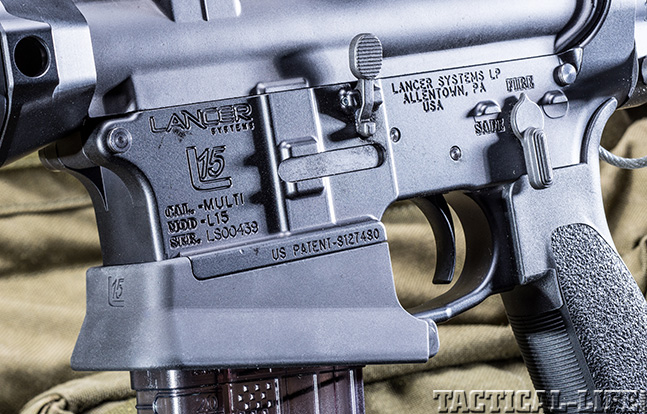 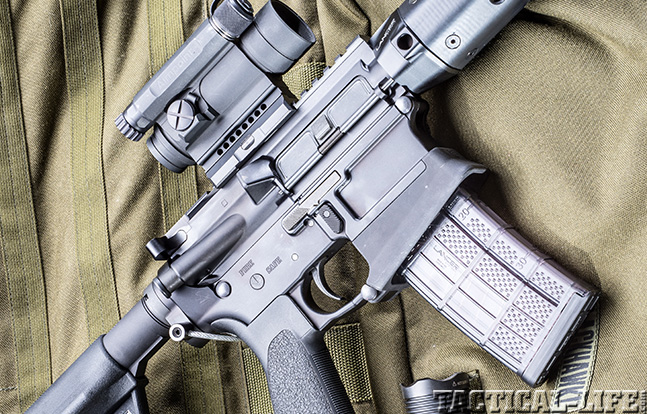 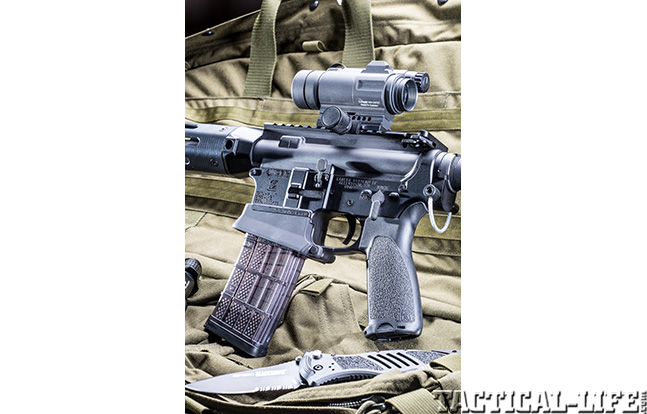 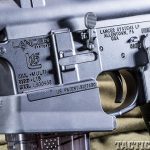 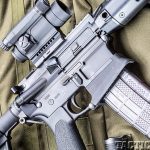 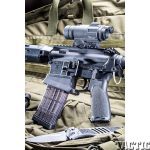 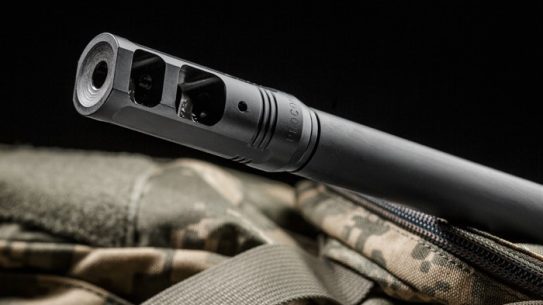 New ProComp 556 duplicates the design of the SureFire SOCOM SFMB-556 muzzle brake, but...