For the most part, especially in the West, hunting involves quite a bit more carrying than it does shooting. Depending on the game being pursued, it could involve miles of hiking, horseback riding or trekking to get where you need to be. For many, this is the best part of the hunt. Given the nature of the world today, with its deadlines, stress and urban sprawl, it is just nice to get away from the electronics for a few days. Whether alone or with friends, there is no better way for many than to spend time in the backcountry on a hunt.

A friend of mine who guides hunts in Wyoming will go two weeks or longer in the field. Much of that is on horseback, but just as much involves carrying the rifle. This makes the weight and balance of a rifle critical. All the gadgets attached to tactical rifles add weight to the overall package. Since multiple shots are often not possible, all you need is the ability to place one clean shot or two on target. After that, the game is either down or gone. Hunting rifles really need to be lightweight, accurate and reliable, with as few gadgets as possible. 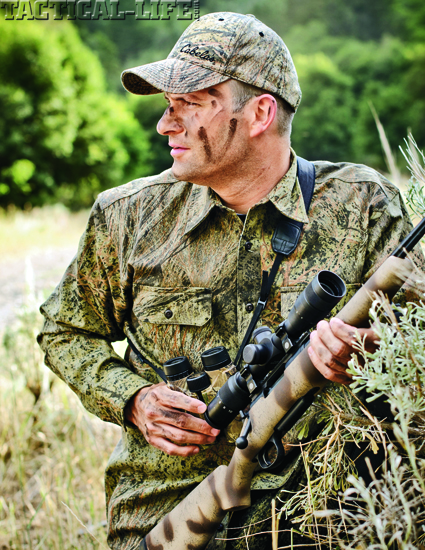 When you think of H-S Precision, it is their stocks that generally come to mind. They provide stocks for many of the major manufacturers, and are still used in many of the police precision rifles on the market. Their aluminum chassis bedding block system really started a trend that continues to this day. A recent trip to H-S Precision to see these being made really brought home how solid these are and how easy they are to mount. That’s just the beginning of the story, though. Touring the facility, it became clear that they make most of their rifles and components. With the exception of a few small parts, they build custom rifles, to specification, in-house, from parts on hand that have been manufactured in-house. That is pretty rare—even for the most expensive customs. 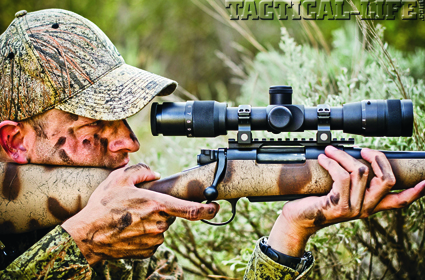