WASHINGTON, Oct. 16, 2009 – The Defense Department is closely monitoring the situation in Pakistan, following a series of terrorist attacks there that have killed or injured scores of innocent people, a senior Pentagon spokesman said here today.

The latest attack occurred today when a suicide car bomber attacked a police station in the Pakistani city of Peshawar, according to news reports. The explosion reportedly killed 13 people, including three police, a woman and a child, and injured 10 other people.

Responding to a reporter’s query, Bryan Whitman said he could not provide an analysis of the attacks in Pakistan at this time. However, he said, senior U.S. officials are alert to the recent violence in Pakistan and “are watching the situation closely.”

Such terrorist violence is troublesome and tragic, he said, because innocent civilians are dying.

Meanwhile, Pakistan’s government remains resolved to fight and defeat the terrorists, Whitman said, adding that Pentagon officials are “encouraged by their efforts.”

Yesterday, militants attacked three Pakistani security agency buildings, including the Federal Investigation Agency headquarters and two police training centers, in Lahore. A suicide car bomber also struck in the northwestern city of Kohat, and there was a reported bombing in Quetta in the southwest of the country. News reports cited at least 30 Pakistani police and civilian deaths as a result of yesterday’s attacks.

The Pakistani Taliban reportedly took responsibility for yesterday’s attacks on the Federal Investigation Agency and police training centers in Lahore.

The embassy issued the condemnation of the attacks as President Barack Obama signed a law that provides $7.5 billion in nonmilitary aid to Pakistan over the next five years. The funds are part of a comprehensive plan that recognizes the importance of confronting the root causes of extremism as well as extremists themselves.

The new law will provide $1.5 billion each year from 2010 to 2014 for schools, hospitals, roads, agricultural aid, roadwork and other development projects.

“This act formalizes that partnership, based on a shared commitment to improving the living conditions of the people of Pakistan through sustainable economic development, strengthening democracy and the rule of law, and combating the extremism that threatens Pakistan and the United States,” White House Press Secretary Robert Gibbs said yesterday.

On Oct. 12, at least 41 people were reportedly killed and 45 were wounded in a blast at a security checkpoint in northwest Pakistan’s Swat Valley region.

Mullen has made numerous trips to Pakistan during the past 18 months, and talks regularly with his Pakistani counterparts about their stepped-up counteroffensive against extremists.

“The horrific injuries and loss of life witnessed in Lahore, Peshawar and Kohat today, along with those lost in the attack on the Pakistan Army General Headquarters, are another stark reminder of the amoral nature of those who commit such acts,” according to a statement released yesterday. “These attacks will not deter the people of Pakistan from continuing in their commitment to a free and democratic society.

“The United States will continue to support the people and government of Pakistan in combating all forms of violence,” the statement continued. “We mourn the senseless loss of life and extend our condolences to the victims’ families, friends and community.” 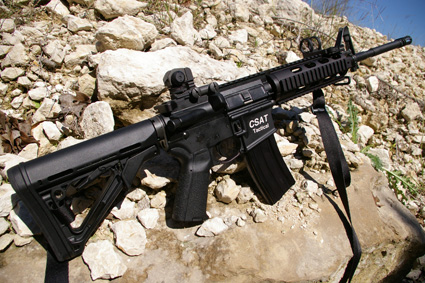 WASHINGTON, Oct. 16, 2009 – The Defense Department is closely monitoring the situation in…