WASHINGTON – The leaders of the Pentagon’s review board on the Fort Hood, Texas, rampage reported for duty here today to begin their 45-day investigation to what led to the mass shooting, a Pentagon official said.

The Nov. 5 shooting at Fort Hood’s Soldier Readiness Center left 12 soldiers and one Army civilian dead and 30 others injured.

Also, West and Clark are scheduled to meet with Defense Secretary Robert M. Gates this afternoon to further outline and address his intents.

“They have a very tight timeline to operate off of,” Whitman said. “It’s a very ambitious task that the secretary has given them.”

The terms of reference for the investigation, which was publically released today, will guide the task force in their review. The Pentagon’s review is independent of the criminal investigation, as well as those by the inspector general and White House, and doesn’t employ the task force to take action against people suspected of withholding information that may have prevented the incident.

According to the terms of reference, the Pentagon’s review will not overlap with President Barack Obama’s review of intelligence matters related to the shooting or investigations of individuals in the intelligence community.

“The charter is to look at things outside of any criminal- or liability-type review that’s taking place,” Whitman explained. “This is not a criminal review, [but] they’ll certainly make recommendations.”

The review will take a closer look at personal reliability programs, counseling programs, procedures on the handling of defense employee’s adverse information, medical screening and pre- and post-deployment evaluations. It also will take into account force protection programs, emergency response policies and the functionality and adequacy of those programs, policies and procedures.

The task force’s review will lead to a follow-on investigation that is expected to last four to six months, Whitman said. The more in-depth review will entail each service selecting an investigative panel that will report their findings up the chain of command to a department-level panel. The departmentwide group will assess the findings and identify changes needed in policy and procedure, as well as areas where additional resources are required.

“This effort here will largely inform what the broader, sustained efforts will be,” Whitman said. “This will not be exclusively what determines the longer-sustained efforts. But all of the energy of the department is going to go into assisting these two prominent individuals in this very quick look” at the events that led to the shooting.

Gates is very confident in West and Clark to head the task force, Whitman said, adding that their history of service and compassion for servicemembers makes them more than credible and qualified.

“When you take a look at the individuals [Gates] asked to lead up this panel, these are two very prominent Americans that have a tremendous amount of experience with the United State military, and have, over their many years, established a reputation of caring about the men and women in uniform,” he added.

As of now, West and Clark are not expected to be part of the follow-on review, he said. The panel’s final report is due to Gates by Jan. 15.

Meanwhile, a military magistrate at Fort Hood on Nov. 21 ordered shooting suspect Nidal M. Hasan to remain in custody until the trial, which has yet to be scheduled, a Fort Hood press release issued today says. Hasan has been in custody and in the hospital since the Nov. 5 shooting.

Fort Hood officials are concerned about protecting the integrity of the judicial process, and all further updates about the criminal proceedings will be released by the Army’s Criminal Investigative Division, the release says. 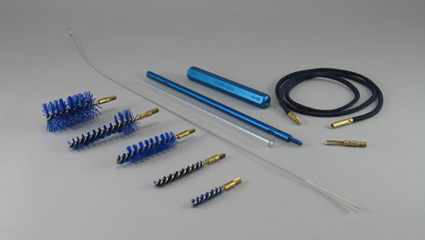