WASHINGTON, June 19, 2009 – Defense Department officials hope for more military-to-military engagement with China as a result of the 10th U.S.-China Defense Consultative Talks, a senior defense official said today. The official, speaking on background, said Undersecretary of Defense for Policy Michele Flournoy will head the U.S. delegation. Her counterpart is Lt. Gen. Ma Xiaotian, the deputy chief of the Peoples’ Liberation Army’s general staff. The meetings in Beijing are scheduled for June 23 and 24.

Flournoy also will visit Tokyo and Seoul, the South Korean capital, during the trip.

The talks are the forum for strategic conversations between the nations, and allow the Chinese and U.S. militaries “to build cooperative capacity, foster institutional understanding and develop a shared strategic vision,” the official said. The talks are the first since President Barack Obama met Chinese President Hu Jintao in April and the first in the continuing series since Obama took office.

“We look to this to establish a framework for U.S.-China military-to-military relations, translate common interests into concrete action, expand those areas where we can cooperate, discuss expectations for behavior and regional security affairs, and build a plan for military-to-military exchanges for the rest of 2009,” he said.

The meetings come at a tense time in northeastern Asia, with North Korea testing a nuclear warhead and launching intermediate and intercontinental missiles. That situation is helping to drive cooperation between China and the United States.

“We are working with China to try and achieve ever greater transparency,” the official said. Military-to-military exchanges encourage this transparency and may help U.S. officials understand the continuing Chinese military build-up, he added.

Cooperation with China is on the upswing, the official said, noting that China has sent a ship to the Gulf of Aden for anti-piracy patrols.

“The contacts and the dialogue that goes on in these visits will help transparency by clarifying intentions, clarifying world views, clarifying strategies,” the official said. “And I’m quite positive that, given the state of the world the way it is, we’ll find many more ways where the United States and China can operate with common interests in mind.”

The delegations will discuss Chinese harassment of U.S. survey ships. “The incidents between our ships and their ships are a matter of record,” the official said. “We have a vehicle for [dealing with] that: the Military Maritime Consultative Agreement from 1997. We would hope to reinvigorate those discussions, so that we can make sure that we’re both operating in a safe and prudent manner.”

In Seoul, the delegations will discuss not only North Korea, but also the joint vision statement agreed to between Obama and South Korean President Lee Myung-bak. “The vision statement is … a very top-level, high-level view,” the official said. “It’s necessary to periodically reaffirm mutual goals and objectives within each of our alliance relationships.”

The talks in Seoul will reaffirm continued support for ongoing efforts such as tour normalization for U.S. servicemembers, relocation of U.S. forces in South Korea and continued adjustments to both Korean and U.S. force structures “in lieu of the changing threat and the exceptional capabilities of the Republic of Korea military forces now,” the official said.

“We’re working to continue the strong relationship that we have,” he said, “and make sure that we’re adapting the alliance for future — for the current and future conditions, and not fall into the trap of looking only at one threat.” 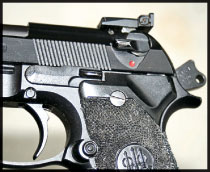 Unwise Actions Hang You In Court