WASHINGTON, May 27, 2009 – Closing the Guantanamo Bay detention facility and abandoning so-called enhanced interrogations helps U.S. efforts in Afghanistan and Iraq that continue to be vexed by insurgents, the commander of U.S. Central Command said. Army Gen. David H. Petraeus told Radio Free Europe in a wide-ranging interview May 24 that the moves would advance American-led military operations abroad. But he acknowledged that terrorist financing in Afghanistan, internal strife within Pakistan’s borders and isolated, yet “spectacular,” attacks in Iraq still pose problems.

“I think, on balance, that those moves help it,” he said. “[Closing Guantanamo] in a responsible manner, I think, sends an important message to the world, as does the commitment of the United States to observe the Geneva Convention when it comes to the treatment of detainees.”

Petraeus said he has a long history of endorsing interrogation policies that are in line with 1949’s Third Geneva Convention, which resulted from prisoner-of-war abuses in World War II.

“As a division commander in Iraq in the early days, we put out guidance very early on to make sure that our soldiers, in fact, knew that we needed to stay within those guidelines,” said Petraeus, who commanded the 101st Airborne Division in the first year of operations in Iraq, and subsequently led the effort to train Iraqi forces. He later commanded all coalition forces in Iraq before taking Centcom’s reins.

In addition to weighing in on the domestic debate over detainee treatment, the general described conditions that hamper U.S. efforts to secure and stabilize the Afghan-Pakistan region and Iraq.

The Taliban in Afghanistan, Petraeus said, have diverse financial coffers and are difficult to rein in. The group receives funding from its “illegal narcotics industry,” a variety of mafia-like extortion schemes, from neighboring countries and perhaps from Persian Gulf states, the general said.

Finances travel through a back-channel system of grassroots loans and debt transfers in many Middle Eastern and Central Asian countries, Petraeus explained. Saudi Arabia and other countries have tried to crack down on such disbursement practices, he added, though oversight of the shadowy transfers is inherently difficult.

“It is not computerized, needless to say. It is relatively clandestine in nature,” the general said. “And it is somewhat impervious to the kinds of financial forensics that we can use with transfers that work through actual banking systems.”

Petreaus cited the need for the Afghan government in Kabul to institute its own reforms if it is to be seen by Afghans as legitimate.

“Certainly, there’s no question that the Afghan government needs to do a better job in terms of achieving the support of its own people to be seen as legitimate and serving those people,” he said. “Some of the predatory practices by some elements or individuals of the greater Afghan government indeed need to be curtailed and stopped. It is hugely important that they carry out those actions.”

Also on Afghanistan, Petraeus acknowledged that civilian casualties are an ongoing problem that the United States continues to address. He cited a May 4 battle between coalition troops and Taliban insurgents in which a significant number of civilians died – with U.S. estimates ranging from 20 to 30, but the Afghan government’s as high as 140.

“We won’t debate the numbers,” Petraeus said. “What we need to do is figure out how to move forward and how to avoid such cases and to keep them to an absolute minimum in the future.”

Speaking about recent Pakistani military action against Taliban strongholds in the country’s Northwest Frontier province, Petraeus expressed optimism in the ability of the government in Islamabad and the Pakistani population to confront the insurgent group.

In parts of the Pakistan-Afghan border region, the Taliban had been welcomed by residents as who saw the militants as being capable of providing justice and order where Islamabad had failed. Clashes between the Pakistani army and Taliban escalated last week in the Swat Valley area on the heels of fighting in the Buner and Dir districts.

“There was some hope, I think, at one time, that perhaps the Taliban could provide something that the government was not providing: speedy justice, swift justice, as they say, in the Northwest Frontier province,” Petraeus said. “That now has been shown to be a myth and, in fact, the oppressive practices that the Taliban brought into Swat and then into Buner and Lower Dir, for example, showed what the rest of Pakistan would have if, in fact, the Taliban was allowed to expand its oppressive practices further.”

Speaking about Iraq, Petraeus said violence remains at historic lows despite “sensational attacks” involving suicide bombers and other militant tactics. He also expressed hope that Iraq’s national forces would be prepared to handle security as U.S. combat forces depart from the country’s major cities in June.

“We believe that the Iraqi forces, indeed, can take this forward. They are in considerably better shape, much more capable and certainly more numerous than they were at the beginning of the surge,” the general said, referring to the increase of some 33,000 U.S. troops in 2007 who since have departed.

“There are over 600,000 Iraqi soldiers [and] Iraq police who are helping to take on the security burdens of their country, and we believe that they can do that,” he said. 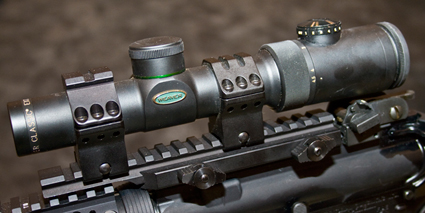