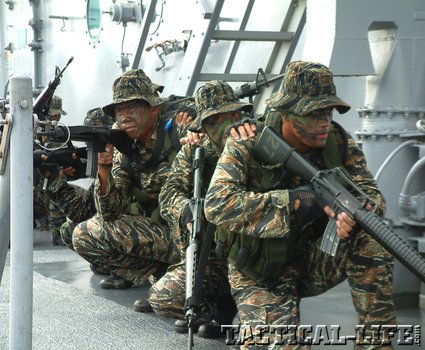 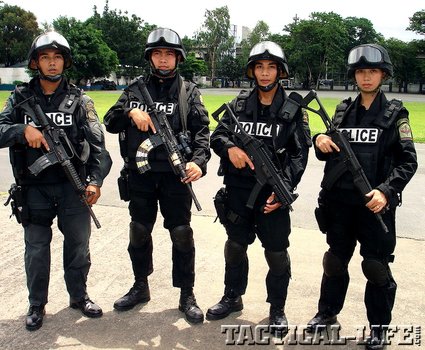 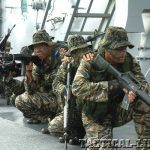 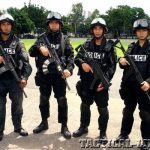 The United States and the Philippines have a special relationship, one resulting in part from the period during the first half of the 20th century, when the U.S. administered the Philippines prior to its independence. During that period, the Philippines’ armed forces were led and equipped by the U.S., which trained numerous future Philippine officers. Relations between Philippine and U.S. special operations units have a long history as well. During World War II, many U.S. officers and NCOs led Filipino guerrilla groups into combat against the Japanese. Some of those guerrilla leaders would later become the first members of the U.S. Special Forces. Other ties were forged during the years that the Clark Air Force Base and the Subic Bay Naval Base were among the most important U.S. installations in the Pacific. Many U.S. spec-ops troops went through the Jungle Warfare School at Subic Bay and forged ties with their Filipino counterparts. For many years, a Navy SEAL detachment had its headquarters at Subic Bay, where they helped train the Philippine Naval Special Warfare Group (SWAG). One result is that many Philippine special ops units mirror their U.S. counterparts, though they’re often adapted to their own missions.
For example, the Philippine Army Special Operations Command has elements comprising 7,000 troops charged with airborne operations, direct action, reconnaissance, unconventional warfare, counterterrorism, counter-insurgency and target interdiction. The primary units assigned are the Special Forces Regiment (Airborne), First Scout Ranger Regiment and the Light Reaction Battalion. Although these three units occasionally work together on major missions, each has distinctive responsibilities. 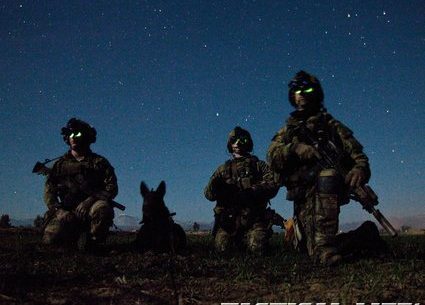 The United States and the Philippines have a special relationship, one resulting in part…