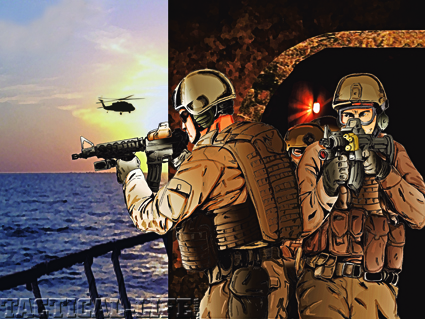 Late on the morning of 9 September 2010, Leathernecks reminded us why the Marine Hymn cites “to the shores of Tripoli,” where Marines first fought pirates preying on U.S. shipping. In their latest strike, the ship was German, the pirates Somali, but Marines still quickly took them down.

A day after M/V Magellan Star and its 11 crewmen were seized by pirates off the Aden coast, a team from the Marine 15th Expeditionary Unit’s Raid Force launched a rescue from the USS Dubuque, a Navy amphibious transport ship. The Dubuque was part of Combined Task Force 151 (CTF 151), an international counter-piracy task force. Helicopters were responding to a pirate attack on a Greek chemical tanker, when another distress call came from Magellan Star, being boarded by pirates. The crew barricaded themselves in the engine compartment.

The Turkish frigate Gokceada, flagship of CTF 151, spotted an empty skiff alongside the Magellan Star. Initially, the USS Princeton was ordered to support the flagship and shortly thereafter, the USS Dubuque was ordered to the scene. Dubuque’s Maritime Raid Force (MRF), trained for anti-piracy boarding operations, got the Alert-120 order to prepare for a mission for possible launch in 120 minutes. The MRF platoon had body armor, weapons, ammunition, communications gear, and breaching equipment ready to go. After the pre-check the Marines went to Alert-60 status.

As the Dubuque steamed towards the Magellan Star at 20 knots, the Crisis Action Team weighed options. The OIC of the Dubuque’s Marines briefed the officers in charge of an assault. Meanwhile, Marine Huey transport choppers and Cobra gunships were on deck to support an assault. The 24 men of assault element “Blue Collar” received a briefing and were given the Alert-30 order. They kitted up to await authorization to execute from Higher Authority. Assault Marines moved below deck and tried to get a few hours sleep. 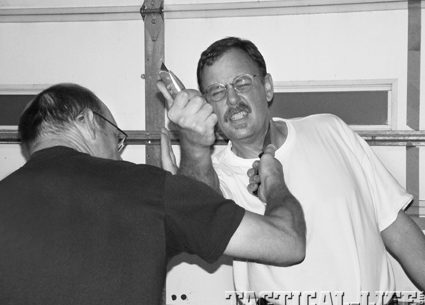