by Jon Weiler
in Guns, Rifles
0

0
SHARES
52
VIEWS
Share on FacebookShare on Twitter
The Savage Model 10FCP, chambered in .308 Win., is set into an H-S Precision Stock and utilizes the Savage
AccuTrigger and M10 floating bolt head design to increase accuracy and consistency for the PNP-SAF Sniper. Steve Woods Photo

Historically, the Philippines have lived in a perpetual state of conflict and political upheaval. In WWII, the Japanese overran the islands and many Filipinos waged a determined resistance against their invaders and later, when General MacArthur fulfilled his promise to return, took the islands back. 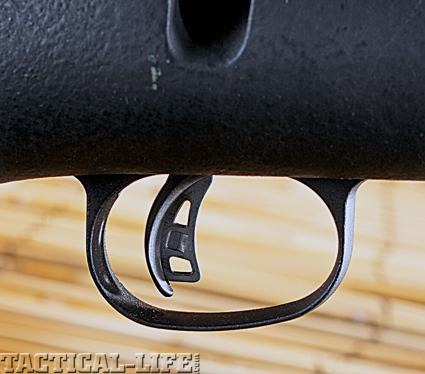 The Savage AccuTrigger allows for a lighter, smoother trigger pull while ensuring the overall safety of the rifle. Steve Woods Photo

Since WWII, the Philippines have been an independent republic with national leadership that varied from patriots and statesmen to self-serving dictators. Most of the administrations had the country’s growth in mind but each had different ideas of governance. From 1962-1985, Ferdinand Marcos ruled the country in a fashion that has shaped the Philippines to what we see today. He imposed martial law to fight communists, which resulted in almost a decade of fighting throughout the nation. Since his loss of power in 1986, the Philippines have again returned to democracy, but the conflicts remain. 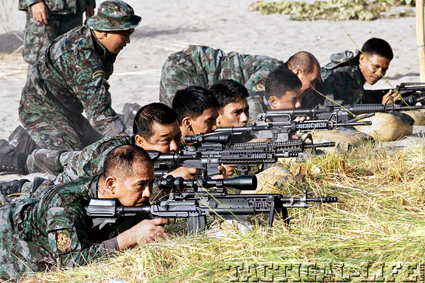 The PNP-SAF are well equipped to facilitate a variety of missions in order to meet the continuous threat that faces the Philippine Islands.

Much of the conflict that we see now pits the Philippine military and National Police against Muslim extremists. There are several groups who are fighting for the same reasons that Al Qaeda attacked the U.S. It has become such a threat that our military has a presence there now, working in an advisory capacity.