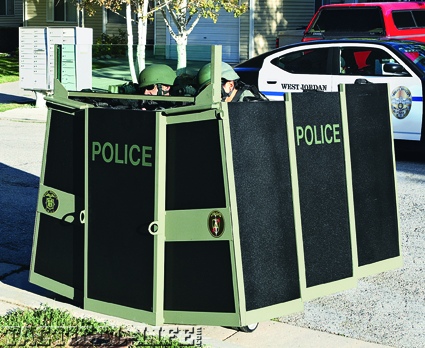 Given a 20-year career as a police officer, the opportunity to deal with barricaded subjects has arisen numerous times. Over that time I had experienced it from every professional level, including patrol, investigations and in a tactical team environment. This includes working as an officer, supervisor, and manager outside the tactical world, as well as an operator /team leader and commander of a SWAT team. It is one of the most frustrating and difficult situations an agency or team deals with, and it started very early on in my career.

It is the end of the day on the first shift worked having completed field training. Pretty much every officer’s nightmare (especially those that have been at it awhile), an active call while in route to the station to complete paperwork and go home. In this case it was a reported shooting where the suspect was possibly still in the trailer. Being the rookie, it was assigned to me. It was a rude awakening to the challenges of barricade subjects. As is often the case it turned into a “possible barricade,” a SWAT team was called, and about 12 hours later, entry was made. In this case no suspect, just a homicide victim.

A couple years later a similar call at the hotel next to that very trailer complex resulted in a 15-hour ordeal due to a single-armed subject that was intoxicated. That case presented what has become a critical safety issue for many teams and agencies. How to approach a possibly armed suspect, while at the same time presenting the least amount of risk to your officers? This can involve downed officers or civilians, hostage negotiations, barricaded suspects and the almost ubiquitous “mental subject” of the day. Not having a solution at the time resulted in a long and arduous ordeal to arrest one man in a hotel room. Similar instances since have resulted in injury and death to operators and bystanders alike.

We have all seen the pictures of Armored Personnel carriers approaching residences during similar calls. There is also the ability to ask the assistance of armored car companies for a use of one of their vehicles. They often prove incredibly helpful.  For those agencies that cannot afford their own APC you can always ask assistance from another team, but that
can carry with it an entire other set of issues. The instance in which the “tank” was driven down the street to assist in the “apprehension of a lone suicidal party” still rings with some humor and trepidation at my department to this day. Another issue with these types of vehicles is the havoc they often wreak with the sharpshooter teams. A switched on and experienced team deploys sharpshooters for solid coverage only to have the APC drive up and block that coverage. At times this is an appropriate trade off, but not always. It is not always prudent to remove the effectiveness of a police sharpshooter protecting his team and or the public with one well-placed shot.  So from a deployment perspective these vehicles can present issues, but they have some others. 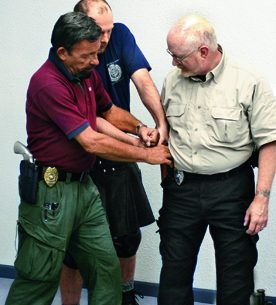 Given a 20-year career as a police officer, the opportunity to deal with barricaded…