WASHINGTON, Sept. 11, 2009 – Americans are safer and the country is in a better position to respond to threats and attacks than eight years ago, the top military commander over homeland defense said today.

As the nation looks back at the terrorist attacks eight years ago that struck at the core of U.S. security, Air Force Gen. Victor E. Renuart, Jr., said his command is looking ahead to ensure it doesn’t happen again.

“We want to make sure that we are doing everything we can to help prevent another attack like [9/11],” Renuart said in a telephone interview from Calgary, Canada, with American Forces Press Service. “It’s a time of remembrance. It’s also a time for us to focus on looking forward on the things we can do to improve.”

Renuart heads U.S. Northern Command, born from the attacks on Sept. 11, 2001. The command was established a year after the attacks to drive the Defense Department’s homeland defense and civil support efforts.

Northcom became fully functional on Sept. 11, 2003 and stretched its network while growing alongside a handful of other federal agencies created after the attacks, such as the Department of Homeland Security, the Transportation Security Administration and the National Counterterrorism Center.

The command deals with about 60 such agencies, both in the United States and Canada, every day. It is in these partnerships, as well as with state and local agencies, that the command finds its strength. As it takes on such threats as pandemic flu, ballistic missiles, terrorists and drug cartels, the command would have a limited effect by itself.

“The key to success for us is not that we take the lead in every [incident,]” Renuart said. “It’s having the partnership with so many different players, building confidence, having an integrated plan that understands where each may lead and each supports, and then exercising it.”

The general heralded “huge improvements” in the command’s relationships with other federal agencies, many of which have full-time seats at the command’s operations office table. One such improvement is a shared radar picture among Northcom, NORAD and the Federal Aviation Administration showing U.S. air traffic – something that didn’t exist before the terrorist attacks, he said.

“Almost immediately, if there is an aircraft that is not seeming to be compliant with the rules of the road, both we and the FAA know that … and we have aircraft and communications means necessary to very quickly make an identification of the aircraft, understand if it’s a passenger aircraft, who the crew is, who the passenger list is, what the cargo may be,” Renuart said.

As many as 7,000 aircraft are flying within U.S. airspace at any given time, he said.

“We need to know what’s moving, where they’re coming from, where they’re headed, and find the means to very rapidly put some eyes on that aircraft should we need to do that,” he said.

To work these relationships, the command hosts national and regional exercises each year to help work through the sundry issues that are inevitable when combining military, civilian, state and local agencies together in one operation. The exercises are needed because any response by the command requires a combination of efforts by a variety of agencies, Renuart said.

Already the command’s planning efforts have paid dividends. The general cited the joint efforts of federal, state and local agencies to evacuate those living in the paths of last year’s Hurricanes Gustav and Ike, both of which struck the Gulf Coast. In preparation for Gustav, nearly 2 million people were evacuated from Louisiana, the largest such event in the state’s history.

“[It was a] stark difference from Katrina — much improved over the events of Hurricane Katrina a few years ago,” Renuart said.

The command also works closely with the DHS, the U.S. Coast Guard and the U.S. Border Patrol, mostly in a support role. The military’s unique capabilities can aid border patrol and local law enforcement, Renuart said.

The general said he doesn’t lose sleep worrying about a catastrophic event that his command hasn’t planned for. The key to mitigating the damage of such an event is anticipation, planning, and exercising those plans, he said, and for the most part, his command has covered.

“That doesn’t make the event any less disastrous, but I think we are in a good position and I’m comfortable from an intelligence perspective, from a partnership perspective, we are doing a good job of anticipating … what bad things might occur,” he said.

The attacks of Sept. 11, 2001 have cemented his command’s role in the future, Renuart said. While the attacks spurred the organization of the command, its need was past due, he said. Even if the current threat eventually changes, there is still a need for a single organization to head the department’s homeland defense efforts.

As Renuart looks forward to further expand the command’s reach, he wants to find better ways to support law enforcement and border security. He also is working to develop a maritime monitoring system that integrates both civilian and military systems to monitor the movements of ships in U.S. ports and along the coasts. The general said he also would like to begin replacing some of the decades-old radar systems.

As a result of the command’s efforts, the nation is more secure today than eight years ago, Renuart said. While the threat has not gone away, it is now tougher for groups like al-Qaida to organize and carry out attacks.

What he does worry about, as the nation moves on from 9/11, is that people will lose their focus and forget the threats, leaving them unprepared for such an event.

“You cannot let your guard down. You have to be prepared for a next event,” Renuart said. “Hopefully it won’t occur. But that doesn’t happen because of luck. It happens because you have put together an integrated team that works hard to prevent those events.” 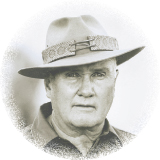