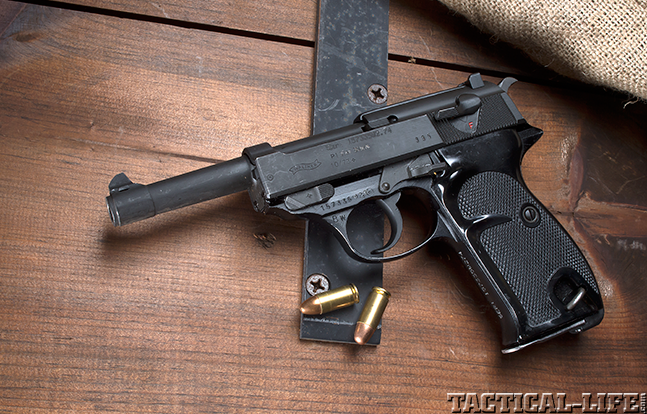 In an article for the 2015 issue of MILITARY SURPLUS, author Glenn Gilbert examined Walther‘s P.1 design in the wake of World War II. This classic 9mm design would become the first double-action (DA) semi-auto pistol in the world.

“Shortly after the PP series appeared on the market, the German Army let Walther know that it was starting a search for a new standard 9mm service pistol that would replace the P.08 Parabellum, better known as the Luger,” says Gilbert. “Seeing an opportunity, Fritz Walther developed a series of designs that ultimately evolved into the world’s first DA semi-automatic military sidearm, the Walther P.38. It was also Walther’s first pistol in 9mm. His P.38 pistol was a simple, rugged design compatible with mass production. In fact, more than a million P.38s were made between 1938 and 1945.”

Gilbert notes the P.38’s efficiency in design and its improvements over previous Walther models. “The P.38 is an interesting mix of the old and the new, or at least what was old and new in 1938. It used a proven short-recoil system of operation in which the barrel and slide recoil together over a short distance and remain locked together during the moment of highest pressure.”

In the aftermath of World War II, the P.38 remained in demand, although Walther was forced to arrange new manufacturing arrangements to create the “P.1” pistol for the new West Germany.

“In order to equip the new West German Army, which was reformed and renamed the Bundeswehr, Walther resumed production of the P.38 (renamed as the P.1) in 1957. With little in the way of production facilities, Fritz Walther set up a cooperative endeavor with Manurhin, a French manufacturer in Strasbourg, which is right on the French border with Germany.”

To read the full article, check out the 2015 issue of MILITARY SURPLUS, available on September 9, 2014. To subscribe, go to https://www.tactical-life.com/subscribe/. 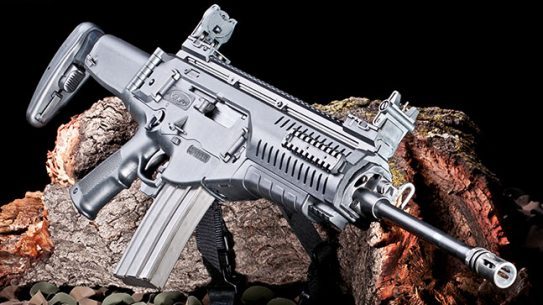