In the immediate aftermath of the terrorist attacks on September 11, 2001, the massive destruction and unknown loss of life were the priorities in both New York and the Pentagon. Any rescue of potentially trapped and injured people would entail getting through massive amounts of steel and debris. Due to the safety issues and logistics, the heavy equipment that would eventually make its way to both “Ground Hero” and the Pentagon would take time—time ticking off the rescue clock—and would potentially have to sit until the safety issues were addressed. They didn’t want to cause a collapse of the “Pile.”

The rescuers had to delicately climb on top of the piles of debris and twisted steel, and we all remember seeing the hand-worked bucket brigades that would dig through the rubble with a handheld tool and remove small bits. It was very slow, tedious and difficult, and it was made even more frustrating by the desire to get to any trapped people. 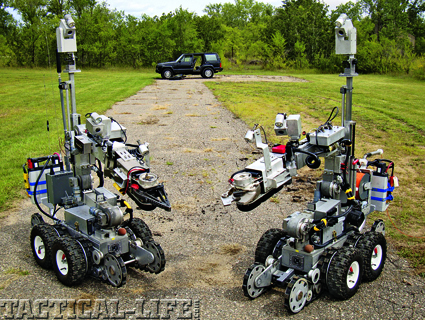 Since the heavy equipment couldn’t be placed on the “Pile,” a powerful handheld breaching tool would help. A company in New Jersey responded and delivered a breaching tool that would eventually be used by the NYPD Emergency Services Unit, FDNY Technical Services, NY Regional Response Team, FEMA Task Force 1 from New York, FDNY Companies, and several state task forces from Massachusetts, Missouri, Ohio, New Jersey, Pennsylvania, Florida, and California—all to try and save lives.