WASHINGTON, Nov. 7, 2009 – President Barack Obama expressed his sorrow over the tragedy at Fort Hood, Texas, and praised the soldiers and civilians who responded to aid the wounded in his weekly address to the nation today.

Here is the president’s address:

“I’d like to speak with you for a few minutes today about the tragedy that took place at Ft. Hood. This past Thursday, on a clear Texas afternoon, an Army psychiatrist walked into the Soldier Readiness Processing Center, and began shooting his fellow soldiers.

“The SRP is where our men and women in uniform go before getting deployed. It’s where they get their teeth checked and their medical records updated and make sure everything is in order before getting shipped out. It was in this place, on a base where our soldiers ought to feel most safe, where those brave Americans who are preparing to risk their lives in defense of our nation, lost their lives in a crime against our nation.

“Soldiers stationed in Iraq, Afghanistan, and around the world called and emailed loved ones at Ft. Hood, all expressing the same stunned reaction: I’m supposed to be the one in harm’s way, not you.

“Thursday’s shooting was one of the most devastating ever committed on an American military base. And yet, even as we saw the worst of human nature on full display, we also saw the best of America. We saw soldiers and civilians alike rushing to aid fallen comrades; tearing off bullet-riddled clothes to treat the injured; using blouses as tourniquets; taking down the shooter even as they bore wounds themselves.

“We saw soldiers bringing to bear on our own soil the skills they had been trained to use abroad; skills that been honed through years of determined effort for one purpose and one purpose only: to protect and defend the United States of America.

“We saw the valor, selflessness, and unity of purpose that make our servicemen and women the finest fighting force on Earth; that make the United States military the best the world has ever known; and that make all of us proud to be Americans.

“On Friday, I met with FBI Director Mueller, Defense Secretary Gates, and representatives of the relevant agencies to discuss their ongoing investigation into what led to this terrible crime. And I’ll continue to be in close contact with them as new information comes in.

“In tribute to those who fell at Ft. Hood, I’ve ordered flags flying over the White House, and other federal buildings to be lowered to half-staff from now until Veterans Day next Wednesday. Veterans Day is our chance to honor those Americans who’ve served on battlefields from Lexington to Antietam, Normandy to Manila, Inchon to Khe Sanh, Ramadi to Kandahar.

“They are Americans of every race, faith, and station. They are Christians and Muslims, Jews and Hindus and nonbelievers. They are descendents of immigrants and immigrants themselves. They reflect the diversity that makes this America. But what they share is a patriotism like no other. What they share is a commitment to country that has been tested and proved worthy. What they share is the same unflinching courage, unblinking compassion, and uncommon camaraderie that the soldiers and civilians of Ft. Hood showed America and showed the world. 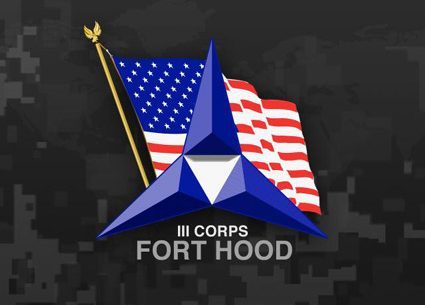 Update to shooting at Fort Hood