WASHINGTON– Americans are not quitters, and the country can overcome the difficulties facing it, President Barack Obama said tonight in his first speech before a joint session of Congress.

In a speech mainly dedicated to the economic crisis facing the world, the president also honored the nation’s men and women in uniform, vowing to increase the size of the Army and Marine Corps, raise military pay and provide the medical care veterans deserve.

While not formally a State of the Union address, the speech had all the trappings. Servicemembers and veterans from the wars in Iraq and Afghanistan were among the guests sitting with first lady Michelle Obama.

The troops received a standing ovation from both houses of Congress when the president said Americans are united in sending them one message: “We honor your service, we are inspired by your sacrifice and you have our unyielding support.”

Obama vowed that the budget he will send to Congress in the next few days would include the full cost of fighting in Iraq and Afghanistan. “For seven years, we have been a nation at war. No longer will we hide its price,” he said.

He also noted some of the choices that must be made in that budget. “We’ll eliminate the no-bid contracts that have wasted billions in Iraq, and reform our defense budget so that we’re not paying for Cold War-era weapons systems we don’t use,” he said.

Obama mentioned the strategic reviews of the conflicts in Iraq and Afghanistan. He said he will soon announce the results of the review of the Iraq conflict and will soon announce a way forward “that leaves Iraq to its people and responsibly ends this war.”

The president also said that his administration will consult with friends and allies to “forge a new and comprehensive strategy for Afghanistan and Pakistan to defeat al-Qaida and combat extremism, because I will not allow terrorists to plot against the American people from safe havens half a world away.”

The budget will also contain money to reduce the strain on the military – particularly the Army and Marine Corps. The budget calls for more soldiers and Marines. “And to keep our sacred trust with those who serve, we will raise their pay, and give our veterans the expanded health care and benefits that they have earned,” he said.

American values are the country’s best weapons, Obama said. “There is no force in the world more powerful than the example of America,” he said. “That is why I have ordered the closing of the detention center at Guantanamo Bay, and will seek swift and certain justice for captured terrorists.

“Because living our values doesn’t make us weaker, it makes us safer and it makes us stronger,” he explained. “And that is why I can stand here tonight and say without exception or equivocation that the United States of America does not torture. We can make that commitment here tonight.”

America will reach out to allies and friends in the weeks and months ahead, Obama said.

“We know that America cannot meet the threats of this century alone, but the world cannot meet them without America,” he said. “We cannot shun the negotiating table, nor ignore the foes or forces that could do us harm. We are instead called to move forward with the sense of confidence and candor that serious times demand.”

Obama promised progress in securing a peace between Israel and its neighbors and he promised to be vigilant against the new threats of this new century. He said the country must be prepared to take on terrorism and guard against pandemic disease and cyber threats. The United States must also address the crushing poverty that is often the root cause of extremism.

The budget he will submit is more than simply numbers on a page or laundry lists of programs. “I see this document differently. I see it as a vision for America – as a blueprint for our future,” he said. 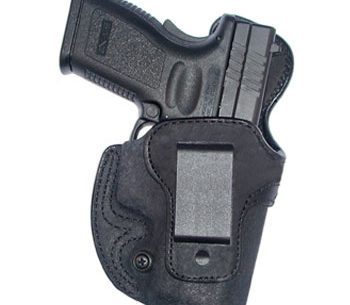 WASHINGTON– Americans are not quitters, and the country can overcome the difficulties facing it,…