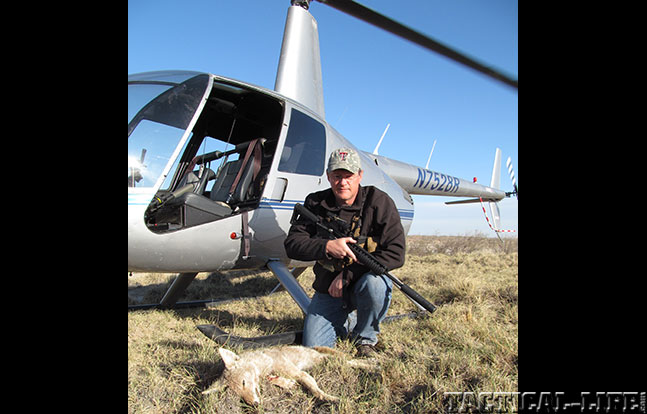 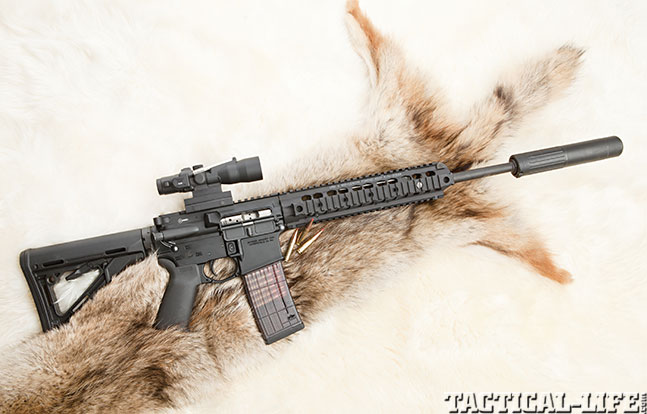 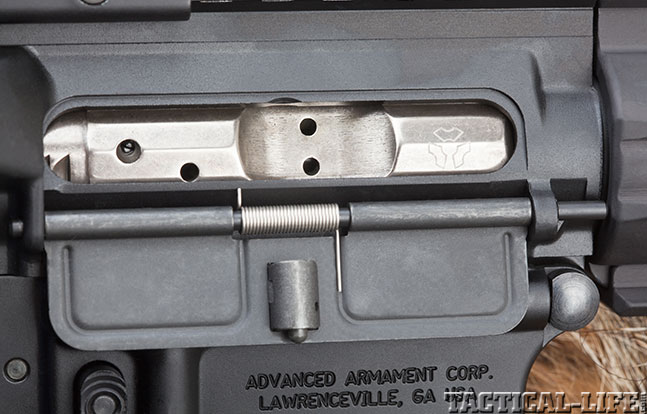 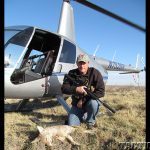 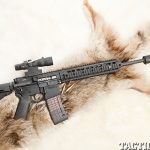 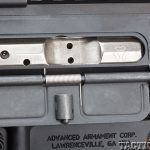 In the upcoming 2015 issue of AR RIFLEMAN, author Jay Langston protects precious farmland by hunting ravenous coyotes from above in a helicopter while armed with Advanced Armament Corporation’s MPW carbine in 300 Blackout. Langston writes, “A five-mile flight to a broad expanse of sand hills put us on alert for any movement or shadows that looked out of place. Pilot Kyle Lange scanned one side while I watched from the left-hand seat. Suddenly, I spied a fat female coyote at the same time Kyle spotted the male of the breeding pair. Since the stiff 14-mph wind favored a turn toward the female, we broke off as the pair tried to put distance between themselves and the chopper. The female ran through the brush alongside an old barbed-wire fence as we closed the distance and slowed to equal her ground speed. At 40 yards, I picked her up in the Trijicon ACOG’s reticle and waited for the center dot to find fur. At the precise moment of their intersection, I broke the sear of the rifle’s trigger and watched her roll, flipping tail over head, and come to an abrupt stop. My 110-grain Barnes handload was devastating. ‘Good shot,’ Lange said, ‘but it’s all downhill from there.’

“Shots at running game are a challenge for any rifleman, but doing it while moving at high speed from any number of angles ratchets up the difficulty several notches. Then, add innumerable lead calculations, and the task gets mind-boggling. As we clawed for altitude after the first kill to spot the fleeing male, we finally regained visual contact. As easy as I made the first shot look, this one would be at the other end of the spectrum. The coyote was running across the wind and angling toward the downwind direction, which made flying a bit tricky for Kyle. Just as we closed the gap and I was drawing a bead on the running coyote, it dug in, skidded to a halt and ran back under the chopper. We circled back into the wind and found the coyote again running flat out for the county line. We closed the gap again, only to have it slam on the brakes and run back under the chopper just as I was ready to pull the trigger. It wasn’t the last time the sly dog pulled this trick. Five times in all, it slid to a halt and did a 180, seemingly accustomed to avoiding airborne pursuits.”

To learn more for your AR needs, check out the 2015 issue of AR RIFLEMAN, available on newsstands and digitally Oct. 28, 2015. To purchase a copy, go to Tactical-Life.com/subscribe/ar-rifleman-buyers-guide. 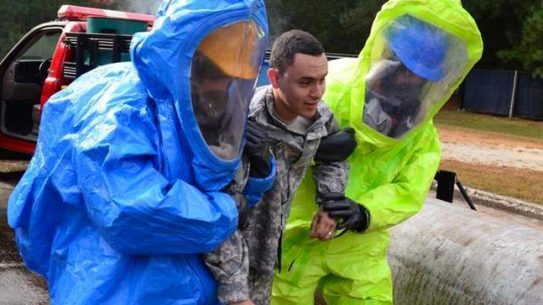 The Defense Advanced Research Projects Agency, better known as DARPA, has put out a...