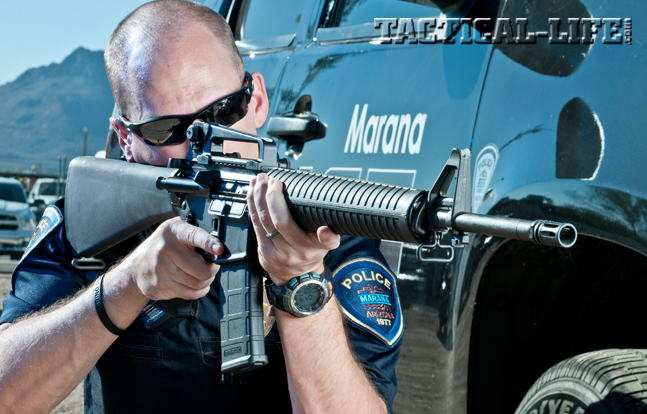 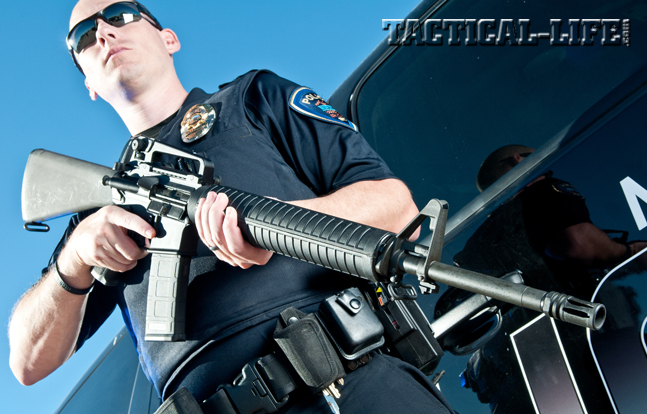 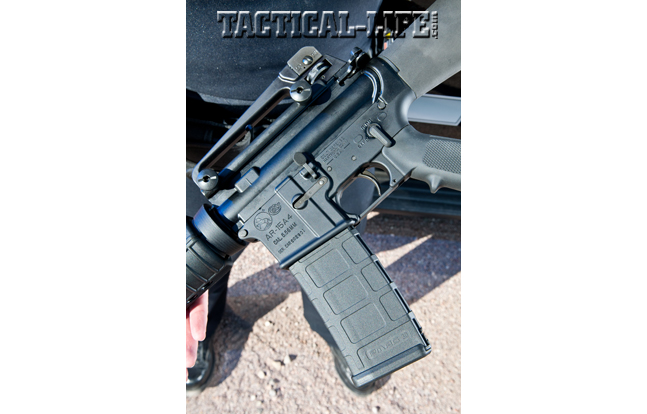 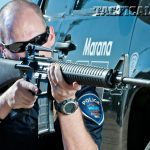 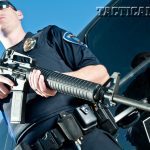 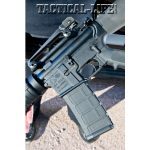 In the upcoming April 2014 issue of Guns & Weapons for Law Enforcement, author D.K. Pridgen writes, “Since Colt bought the rights to produce the U.S. military’s M16 in the late 1950s, the names Colt and M16/AR-15 have been connected in the minds of most folks, in pretty much the same way many interchange “Colt .45” and “1911.” Love it or hate it—and there are a lot of people who have used the M16/AR-15 family at some point that fall into either camp—the platform has morphed a lot since the first rifles left the Colt plant and landed in Vietnam.”

Pridgen goes on to test-fire the new Colt AR-15A4, a civilian-ready version of the M16A4 in use by our armed forces. He writes, “This article’s focus is Colt’s non-military version of the M16A4, the AR-15A4. Primarily, the difference between the M16A4 and the AR-15A4 comes down to the former’s capability for automatic (three-round burst, actually) fire—i.e., a three-position selector switch. The AR-15A4 is strictly a semi-automatic. Both still include M4 feed ramps for an increased level of confidence…Bores in their 20-inch, Parkerized steel barrels are chrome lined, with earlier models having 1-in-12- or 1-in-14-inch twist rates, while the A4 has a 1-in-7-inch twist rate for stabilizing heavier bullets. Modern barrels also have slightly heavier profiles outside the handguards for improved strength, trimmer profiles beneath the handguards, M203 grenade launcher cutouts and M4 feed ramps.”

To learn more about the Colt AR-15A4, check out the April 2014 issue of Guns & Weapons for Law Enforcement, available on newsstands and digitally January 7, 2014. To subscribe, go to https://www.tactical-life.com/subscribe/guns-weapons-for-law-enforcement 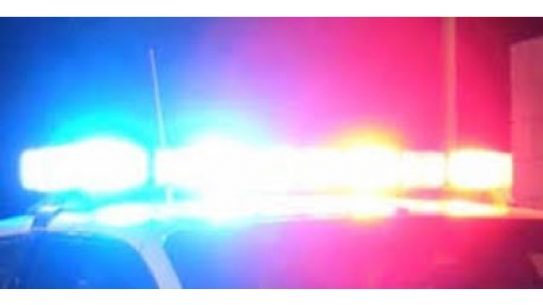 Virginia is looking at ways to honor three fallen officers that were previously killed...