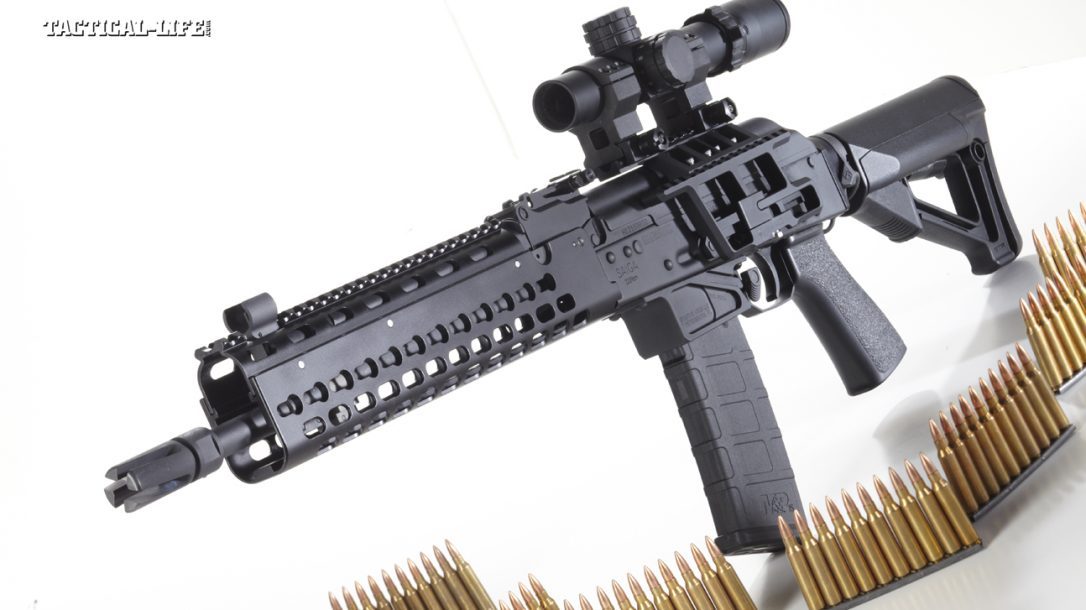 The divide between AK and AR enthusiasts was lessened, albeit slightly, this year when Definitive Arms introduced its Kalashnikov System to allow AK-47 models to accept standard 5.56mm AR-style magazines. Reviewer Jorge Amselle put the new conversion system to the test for the 2014 AK-47 & SOVIET WEAPONS.

“…This is far more than a simple adapter. This system is solidly built from CNC-machined 4140 steel and permanently installed,” Amselle writes in his review. “For those of us who cut our teeth on the AR, it is the magazine change system that is hardest to master when switching to an AK. The Definitive Arms conversion makes magazine changes virtually identical to the AR, and much faster and easier.”

On the range, Amselle found the mag well conversion system a welcome alteration to standard AK handling. “Definitive Arms sent me one of their completely tricked-out AKs for testing, and the results were indeed as they promised. The adapter (magazine well) itself is riveted onto the receiver. There is a large, push-button magazine release on the right side in front of the triggerguard, similar to where it is located on an AR. The slide lock/release lever is on the left side, just in front of the triggerguard, allowing it to function in a manner opposite of a standard AR-style rifle,” says Amselle. 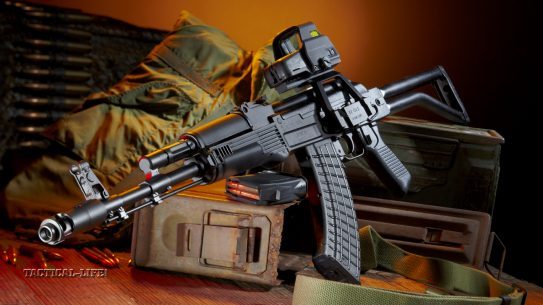