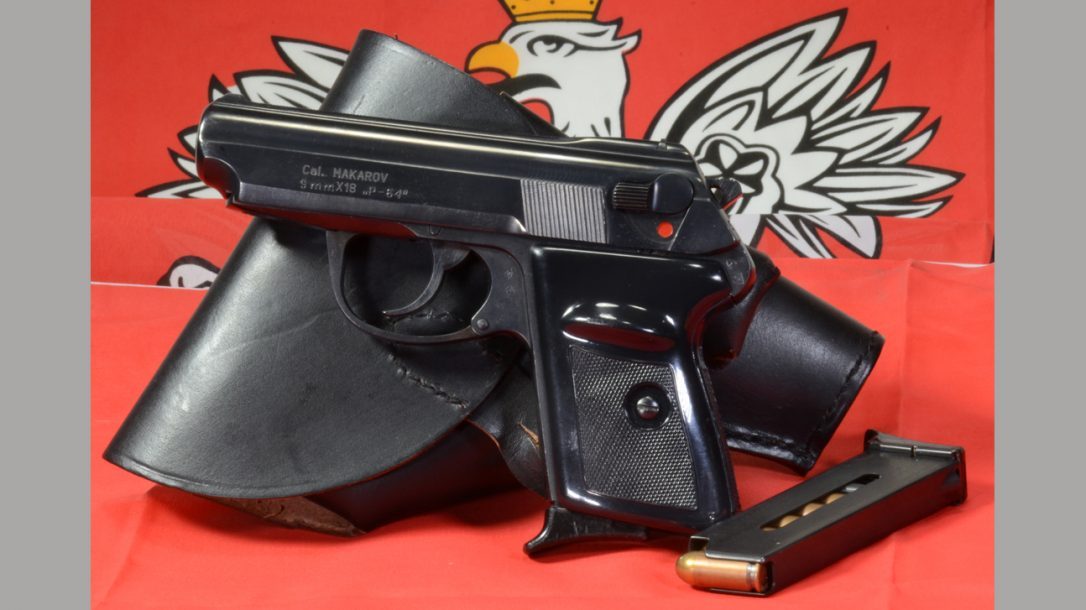 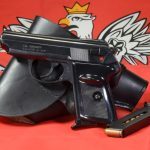 Following World War II, the Soviet Union acquired the tooling technology from the Walther plant at Zella-Mehlis, resulting in a series of pistol designs like the Makarov. Later, other Warsaw Pact countries began producing their own versions of these pistols, like Poland’s 9x18mm P-64, which Leroy Thompson examined for the 2014 AK-47 & SOVIET WEAPONS.

“In design and function, the P-64 is similar to the Walther PPK, though some internals are different and are covered by a Polish patent. It is a double-action (DA) blowback design with a hammer-drop safety,” notes Thompson in his review. “As with the PPK, it incorporates a loaded-chamber indicator, which may be seen or felt. It is larger in diameter than that of the PPK and, hence, easier to see or feel. When chambering a round, the safety lever may be placed in the down position, which will lock the firing pin and disconnect the trigger bar. I always liked this feature as it allowed a round to be safely chambered without having to lower the hammer manually on a loaded chamber.”

Although reliable, Thompson notes several drawbacks to the P-64 design, including a heavy DA trigger pull. “As with some other Warsaw Pact DA pistols, I believe there was intent here to make this an additional safety feature to prevent accidental/negligent discharges. I believe this is the heaviest DA pull I have encountered on a pistol—I’ve read from those who have measured it that it’s over 20 pounds, and I don’t doubt that.”

Despite these drawbacks, however, Thompson came away impressed with the p-64’s range results. “At 10 yards, when I loaded from Condition Three for the first round and fired SA, I was keeping all six rounds center of mass in 3 inches or so. At 15 yards, firing in the same manner, the group opened up to 4 to 5 inches. All were still good center-of-mass hits.” 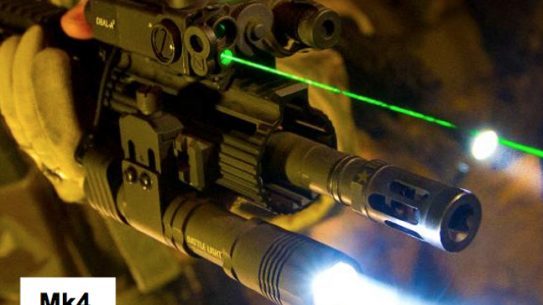 Laser Devices Mk4 and Mk5 Battle Lights are compact and lightweight, yet powerful and...