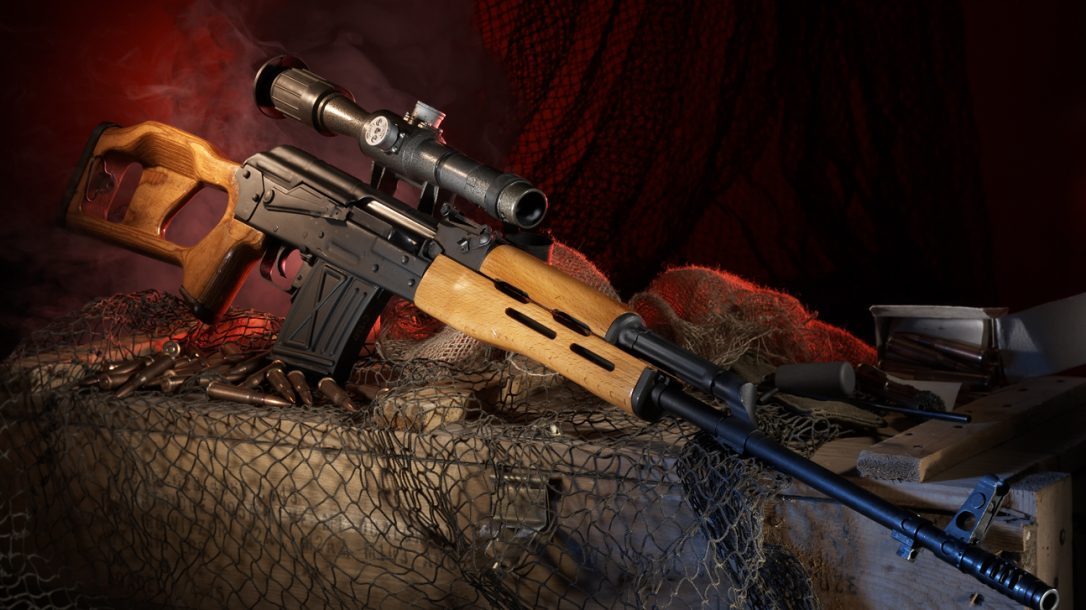 For the 2014 AK-47 & SOVIET WEAPONS, Michael Humphries explored the 7.62mm Romanian PSL, deciphering for casual enthusiasts the differences between the rifle and its Cold War sibling, the SVD, with which it is often confused.
“Despite its widespread use around the world, the Romanian PSL series of rifles suffer from a serious case of mistaken identity. Due to generally similar exterior lines and similar roles, this rifle is often confused with the SVD rifle and many times incorrectly referred to as a Romanian “Dragunov.” in reality, the two rifles could not be more different,” writes Humphries.

“Introduced into Romanian armed forces in the late 1970s/early 1980s, the PSL differed significantly from the SVD, despite their similar external appearances and shared 7.62x54R chambering,” Humphries added. “First and foremost, unlike the SVD, the PSL’s basic design is based off of the tried-and-true Kalashnikov rifle, although significantly enlarged and reinforced to accommodate the larger, more powerful cartridge.”

Further in the article, Humphries explored how the East/West tactical philosophies differed during the Cold War and how this came to be represented through the side’s weapons development. “Whereas Western military doctrine for rifles employed in this role calls for precision rifle designs that place a premium on extreme accuracy, the Soviets focused more on rate of fire and portability. And the PSL is representative of this mindset with the overall weight of the rifle (including the PSO-1-type optical sight) coming in right around 10 pounds. As a result, the semi- automatic rifle is practically a lightweight when compared against Western designs such as the Marine Corps’ M40 series of rifles. And, feeding from a detachable box 10-round magazine, it offers a great deal of rapid firepower.” 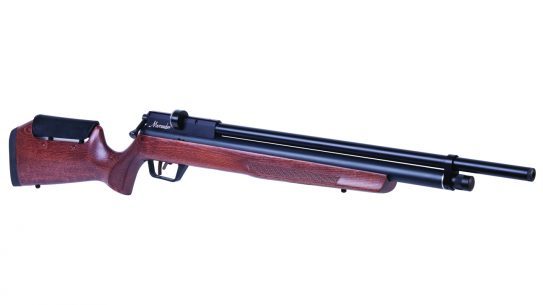