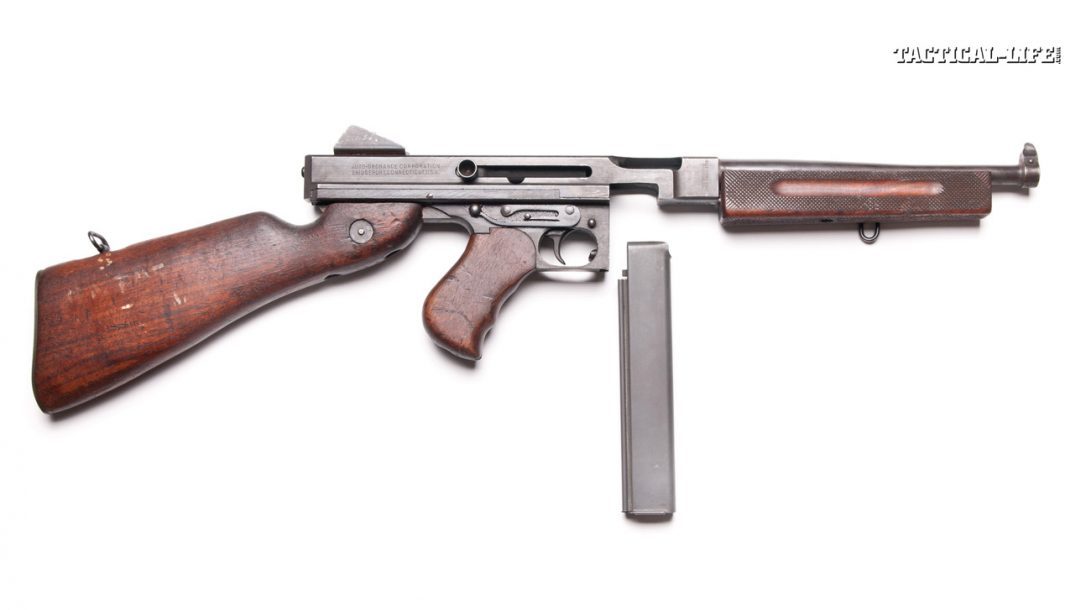 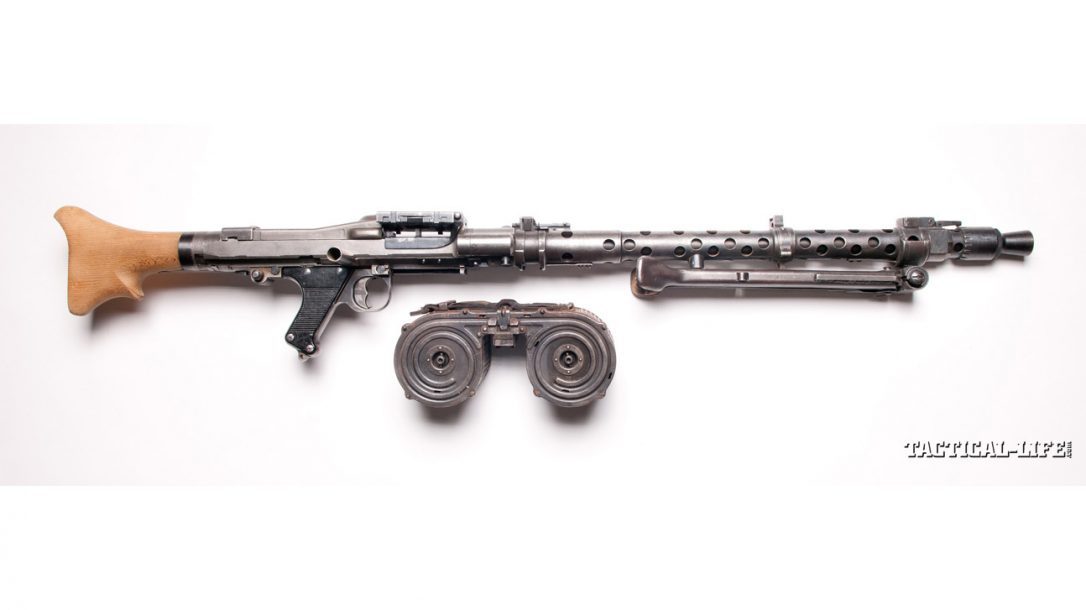 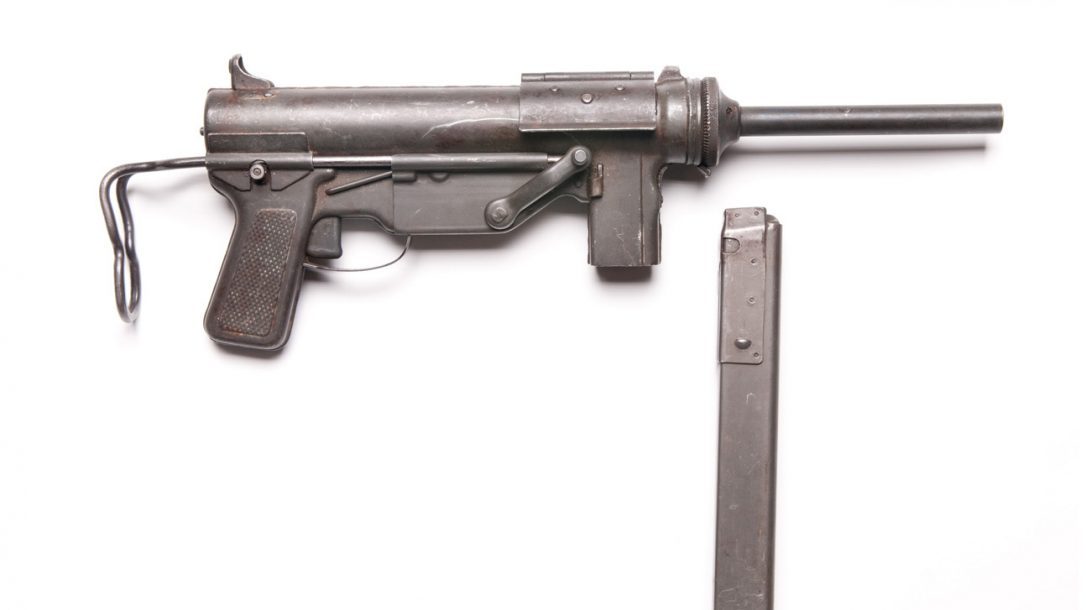 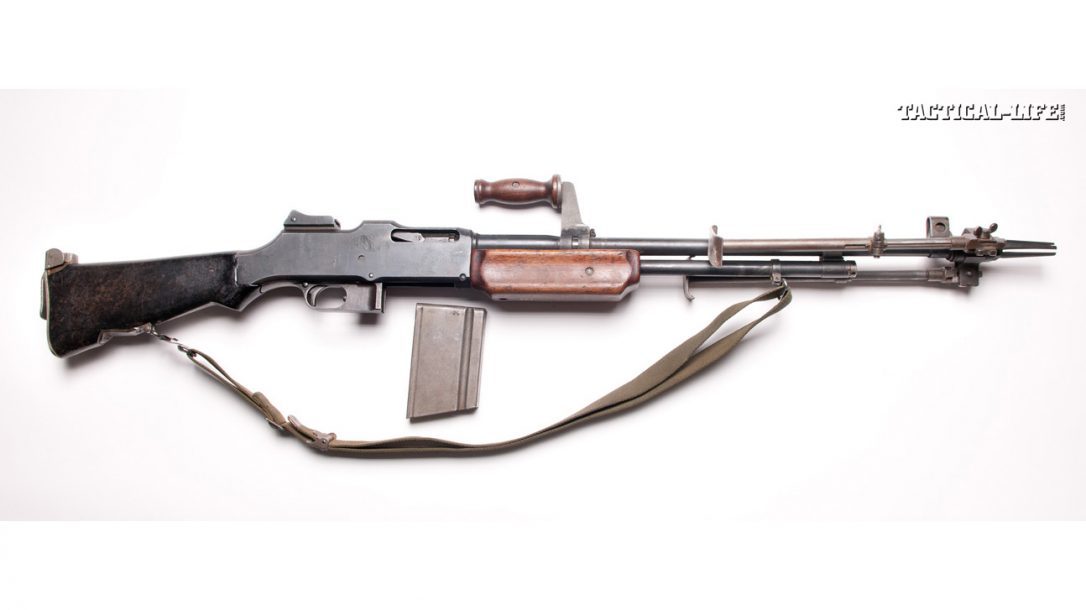 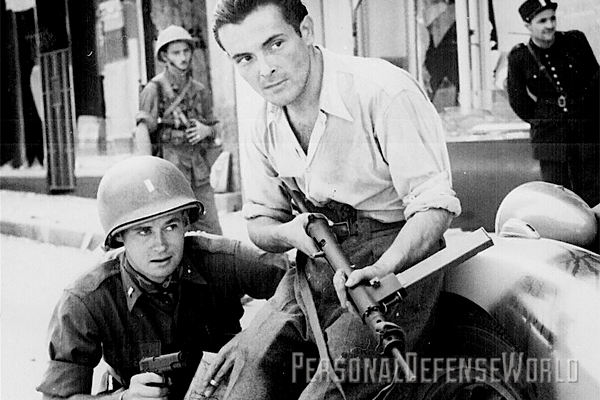 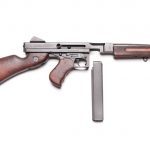 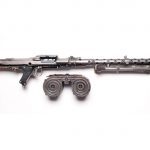 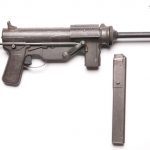 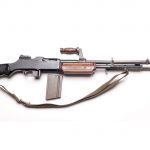 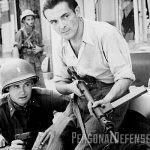 According to some, it takes men, morale and materiel to win a war. During World War II, both Axis and Allied sides pushed their small arms production to new heights—in capacity, by making more guns, and in design, by making better guns—in order to gain the upper hand. In the upcoming January 2014 issue of Tactical Weapons, author Nick Jacobellis has rounded up the top 10 World War II firearms.

You’ll recognize some that made the list, including the BAR and Thompson submachine gun. According to Jacobellis, “Model 1921 Thompson .45 ACP submachine guns first saw combat when they were carried by U.S. Marines in Nicaragua during the conflict known as The Banana Wars. In 1928, the U.S. Navy adopted a slightly modified version of the M1921 that included a slower rate of fire. In the years leading up to World War II, the U.S. Army also officially adopted a version of the Thompson called the M1928A1. Once the British began taking delivery of the Model 1928A1, the Thompson became known as the ‘Tommy Gun.’”

But there are plenty of lesser-known weapons that made the cut, including the Russian PPSh41 and PPS-42. To learn more and find out which guns made the final cut, check out the January 2014 issue of Tactical Weapons, available on newsstands and digitally December 3, 2013. To subscribe, go to https://www.tactical-life.com/subscribe. 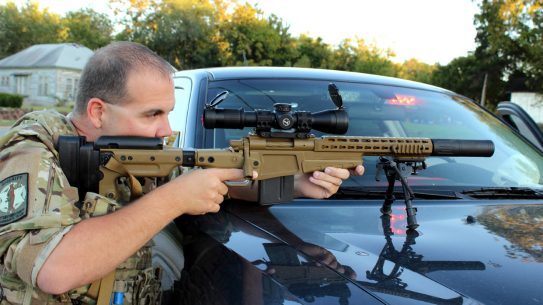