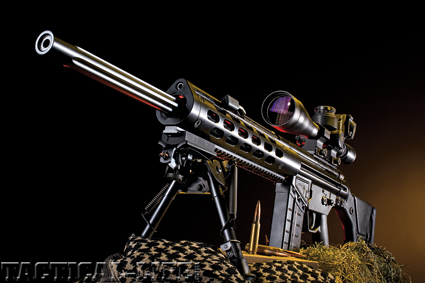 The PTR-91 Super Sniper is a G3-based precision rifle that employs a sturdy stamped-steel receiver and a black polymer lowe. The Super Sniper harnesses the powerful .308 cartridge and feeds from a detachable box mag.

I have been a fan of G3-based rifles for a long time. Spending my pre-teen years in the 1980s thumbing through gun catalogs and admiring the many imported, military-pattern rifles then available, I was always drawn to these roller-locked masterpieces. However, although they were available for purchase then, my limited allowance those days could in no way cover their purchase price.

Enter the misguided “assault weapons” ban of the late 1980s, restricting the importation of these and many other intriguing firearms, and my chances of buying one seemed to exit quickly. About a decade later, I did manage to save up enough money to buy, right out of college, a “pre-ban” .308 semi-automatic Heckler & Koch 91 (a civilian variant of the G3) at a gun show, giving me a fix for my roller-locking fascination.

However, like with most obsessions, that first acquisition did not satiate me. Although the HK91 was a beautiful rifle, it was simply a straightforward “base model” sample of the design. And, with their importation restricted and all that was available being “grandfathered” samples in increasingly high demand, my options seemed very limited. That is, until I discovered PTR 91, Inc. and its varied line of .308 G3-style rifles, including the Super Sniper reviewed here. 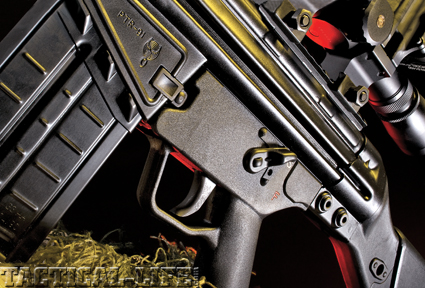 The two-stage trigger of the Super Sniper is factory-tuned to a 4- to 5-pound pull weight.

PTR-91 Series
What is PTR 91? In the early 2000s, I was first introduced to the PTR-91 series of rifles. During a meeting at the NRA Show I was handed one of these weapons, which appeared for all intents and purposes to be a newly manufactured, semi-automatic G3-based rifle. As I rolled it over in my hands, I saw stamped on the magazine well “Farmington, CT,” and became quite intrigued.

After a short discussion where I grilled the engineers about the rifle I was holding, I discovered the story behind the PTR-91. In 2002, the company now known as PTR 91, Inc. (at that time it was named JLD Enterprises after its founder, Jose Luiz Diaz) was alerted to the fact that an HK-licensed G3 manufacturing plant in Portugal was going to put up its equipment up for sale. Recognizing the significance of this opportunity, the company managed to negotiate a purchase of thousands of parts and accessories for the G3 as well as the tooling, measuring gauges, and original engineering drawings and diagrams required to manufacture the rifle—and relocate it all to its Connecticut facility.
After reconfiguring the equipment to manufacture a civilian-legal, semi-automatic variant of the 7.62x51mm design, the company introduced the PTR-91 (which stands for Precision Target Rifle). The result was a rifle that was built on original spec, HK-licensed tooling right here in the United States, making the rifle completely legal for sale under U.S. firearms laws. 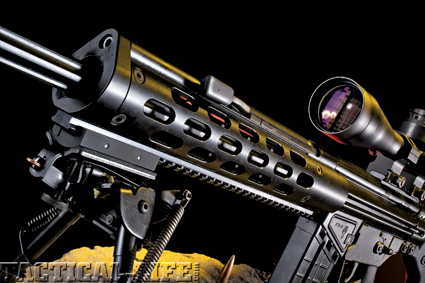 The free-floated aluminum forend features a full-length strip of Picatinny rail along its bottom.

Since 2004, I have tested several variants of the company’s designs, ranging from standard full-size rifles to shortened carbines to precision rifle variants to even the 7.62x39mm PTR-32, and have been consistently impressed by their quality and performance. However, there was one variant I never had a chance to test. That is, until now.

That rifle was the 7.62mm PTR-91 Super Sniper. Although I had been informed about its development, I was told that its production run would be so limited that an article on it would maybe not be a good idea as it was expected to sell out almost immediately (which it did, I am told). So, I put it out of my mind (mostly) and worked on other projects. 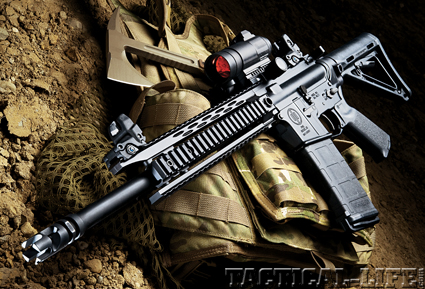