0
SHARES
0
VIEWS
Share on FacebookShare on Twitter
A close-up of the Pyros Small Tactical Munition is misleading, since it is less than 2 feet in length. Raytheon Photo

Operating from Camp Leatherneck in Helmand Province, Afghanistan, a detachment of Marines assigned to VMU-1, the Corps’ first unmanned aerial squadron in the 3rd Marine Aircraft Wing, is ready to support a small combat-patrol from Regimental Combat Team 5 of the 3rd Marine division. VMU-1 Marines launch RQ-7 Shadow UAVs from a trailer-mounted catapult to scan a valley ahead of the patrol. In the past, the Shadow’s electro-optical/infrared camera would view territory around the little UAV’s line of flight. Operators could watch video transmitted from the Shadow in real time and warn Marines if they saw any threats. Their role was limited to surveillance, but not anymore. 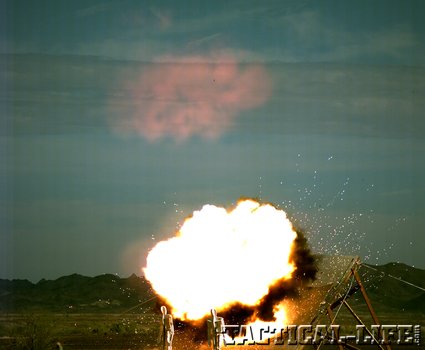 On this mission, the Shadow’s crew spots an insurgent threat on a hillside above the trail that the patrol must follow. They radio their discovery to the Marines on the ground, but this time they don’t just observe. This time, they release a new weapon from its mount under the Shadow’s fuselage: a diminutive guided bomb featuring a dual GPS/inertial navigation and semi-active laser guidance system that steers the munition with uncanny accuracy toward the target. At their ground control station, the crew, by selecting the weapon’s height-of-burst sensor as a fuzing option, can maximize the effect of its 5-pound warhead over the enemy position. A satisfying cloudburst appears on their video displays. Scratch one ambush.

If Raytheon’s Missile Systems business unit in Tucson, Arizona, continues its development of the Pyros Small Tactical Munition, successfully tested in a recent live-fire demonstration at the U.S. Army’s Yuma Proving Ground, the above scenario could actually be a reality before U.S. combat operations end in 2014. 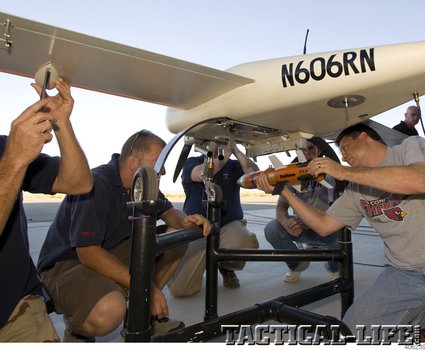 As technicians fit the Pyros under a Raytheon Cobra unmanned aircraft system for testing, the weapon’s small size becomes evident.