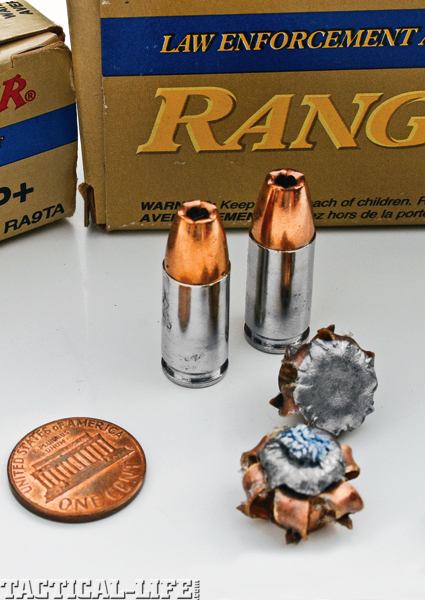 Twenty years ago, Winchester introduced a revolutionary line of handgun ammunition specifically designed for self-defense. The Winchester Black Talon line was designed by Alan Corzine and Dick Schluckebier and introduced with much fanfare during 1991. Indeed, it was very different from anything that came before.

The most notable feature of Black Talon ammunition was its unique reverse-taper bullet, which was thicker at the nose than at the base. Ironically, the quality that drew the most attention was the bullet’s black Lubalox oxide coating. In reality, this coating was a lubricant; however, some people erroneously felt it gave the bullet the capability to breach armor. 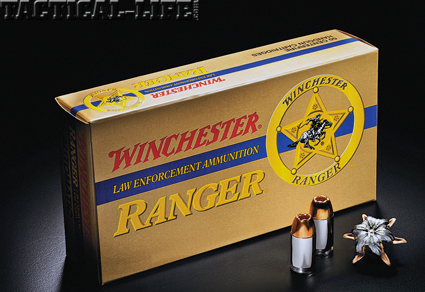 Winchester’s legendary Black Talon ammunition has been updated and improved as the Ranger T-Series—perfect for law enforcement use.

Winchester Black Talon was only on the market for a brief time. Almost immediately, it attracted attention from the media. When it came to light that Black Talon was used in a number of high-profile shooting incidents, its fate was sealed and Winchester discontinued commercial sales in 1993.

Wisely, Winchester did not abandon the technology they pioneered in the development of the Black Talon. Instead, they applied it to the next evolution of high-performance handgun ammunition, the SXT. While the SXT does, in fact, incorporate much of the technology that originated with the Black Talon, it has not suffered the same fate. In fact, Winchester’s SXT line has served as a springboard for even more refined variations. 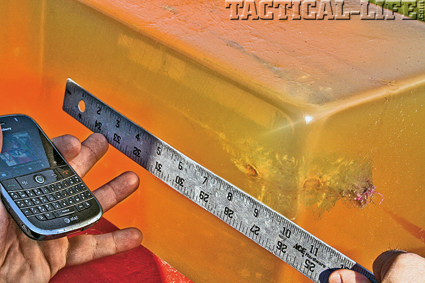 The author found the Ranger ammunition reliably penetrated the gelatin test medium to optimum depths, and measured expansion diameters of the bullets were impressive. 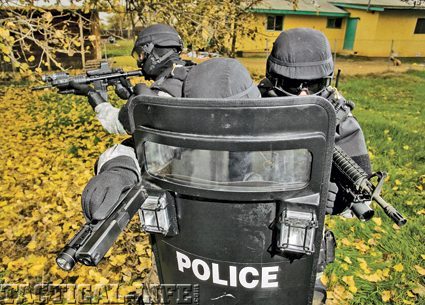