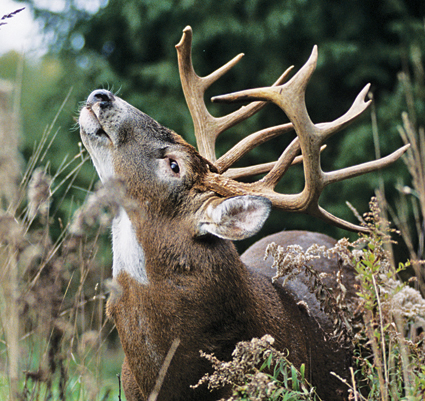 TROPHY BUCKS UP 400%
Trophy whitetail entries from 2011 hunting seasons are beginning to come into Boone & Crockett Club headquarters. While hunters wait to find out which states produced the most giant bucks, B&C historical records show that trophy whitetails are up 400 percent over the past 30 years. Ben Wallace, B&C president, said, “In 1900, less than 500,000 whitetails remained. But habitat programs, research, science-based management, regulations and enforcement, all led and funded by hunters, brought this game animal back to extraordinary levels. Today there are more than 32 million whitetails!” (boone-crockett.org; 406-542-1888) 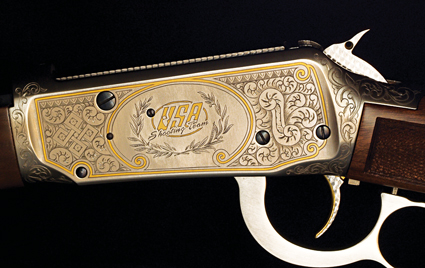 94 FETCHES $125K FOR USA SHOOTING
A Winchester Model 94 engraved by Baron Technology was recently auctioned at the Wild Sheep Foundation annual convention in Reno, Nevada, to benefit the U.S.A. Shooting Team. This beautifully customized Winchester generated $125,000 for U.S.A. Shooting, the national governing body for Olympic shooting sports. Along with exquisite scrollwork, the receiver’s right side features an engraved image of “Big Ben,” as well as the five Olympic rings and 2012 for the summer games. The rings and 2012 are 24K gold-plated, as is the outline of the central image and the receiver’s outside border. (baronengraving.com; 203-452-0515)

GUN SALES TAX HOLIDAY
Minnesota State Rep. Steve Drazkowski recently unveiled a plan to take state tax money collected by internet retailers and use it to give Minnesotans a sales tax holiday on guns, ammunition and hunting gear. Minnesota Revenue Department officials estimate that requiring internet retailers to collect sales tax would bring in as much as $5 million in a year. Drazkowski believes it should be used to create a weeklong tax break. “My preference is for an outdoors, guns and ammo tax holiday,” Drazkowski said. 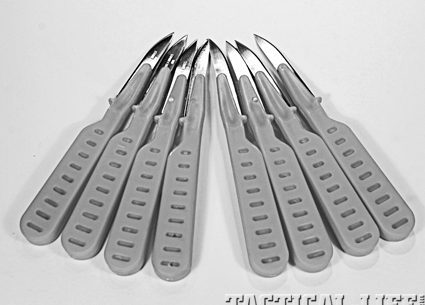 An array of new products on the cutting edge