Raytheon Company’s hyperspectral imaging sensor known as ARTEMIS is being prepared for a first-of-its-kind tactical military role by the Air Force Space Command.

The company’s Advanced Responsive Tactically Effective Military Imaging Spectrometer has successfully completed its one-year experimental mission aboard the Air Force Research Laboratory’s Tactical Satellite-3. Based on the success of that mission, Raytheon has been notified that the Air Force Space Command will take control of TacSat-3 with the intent to use ARTEMIS in an operational capacity.

Unlike visible imagers, hyperspectral sensors capture light across a wide swath of the electromagnetic spectrum, providing unprecedented spectral detail. That spectral information produces a distinct “signature,” which can be compared against the spectral signatures of known objects to rapidly identify potential areas of interest.

The ARTEMIS hyperspectral imager combines spectral information with geo-location coordinates in an easy-to-read map. This information is then sent directly to troops on the ground in near real time.

TacSat-3 originated as part of the U.S. Department of Defense’s operationally responsive space initiative, which seeks to give field commanders flexible, affordable options for obtaining real-time tactical surveillance data from space. Aided by the ORS Office, and led by the Air Force Research Laboratory, the TacSat-3 program was designed to demonstrate the feasibility of developing and launching a military payload within extremely tight schedule and budget constraints.

“TacSat-3 has been a pathfinder to explore concepts of operation for future ORS systems and demonstrates how great things can be achieved on a small budget and in a short time,” said Dr. Peter Wegner, director of the Pentagon’s ORS Office. “It has also demonstrated the utility of hyperspectral information to benefit soldiers, sailors, airmen and Marines around the world.”

Raytheon Company, with 2009 sales of $25 billion, is a technology and innovation leader specializing in defense, homeland security and other government markets throughout the world. With a history of innovation spanning 88 years, Raytheon provides state-of-the-art electronics, mission systems integration and other capabilities in the areas of sensing; effects; and command, control, communications and intelligence systems, as well as a broad range of mission support services. With headquarters in Waltham, Mass., Raytheon employs 75,000 people worldwide. 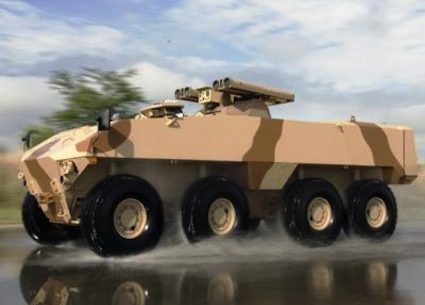