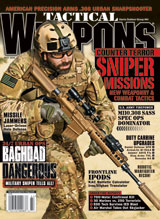 In the book The River and the Gauntlet, republished several times, noted Army Historian Brig. Gen. S.L.A. Marshall (1900-1977) relates the battle of the U.S. Eighth Army against the surprise attacks of Chinese Communist forces in November, 1950, in the Battle of the Chongchon River. [U.S. Marines were also battling the surprise Chinese attack on the other side of Korea at the Chosin Reservoir, another epic battle in itself.]

In a colossal collapse of good intelligence information, thousands of Chinese soldiers, moving undetected by night, had crossed from Manchuria into northwest Korea. They were poised and waiting for Eighth Army to resume its “mopping up” advance against the North Korean Army. The push to end the war had been halted briefly for Thanksgiving.

On November 25, having recently chowed down on turkey and all the trimmings, the men of Baker Company, 9th Infantry Regiment, were typical of Eighth Army troops all along the line moving out that morning. Their mission was to take a prominent hill designated as Hill 219, some three-plus miles away along a rough cart track. This was supposed to be an easy operation. Their “boss,” General Douglas McArthur, had said he expected the war to be over by Christmas.

The men of Baker Company breakfasted on corned beef hash and coffee and marched off toward Hill 219 with only 12 men wearing their helmets because their pile caps were better protection against frostbite, and the steel pots would not fit over them. Only two men, new arrivals, had bayonets, and about half left behind their entrenching tools. A minimum of ammunition was carried and a grenade load of less than one per man. Tin rations, bedrolls, and overcoats were all left behind for Korean bearers to bring along later.  The company had four medium tanks and two Quad .50s. Neither the tanks or Quad .50s took Hill 219 under preliminary fire. Bad mistake! Shortly after the attack began, hell was unleashed on the unsuspecting Baker Company. The Company fought waves of hundreds of Chinese attackers all that day, all night, and into the following morning. The close-quarters fighting was as intense as a battle can possible be. Twenty-six hours after the battle began, Baker Company only had 34 men out of 129 who had not been killed or wounded.

Baker Company was the first of the U.S. military to take on the Chinese invaders. Did the survivors receive many awards for bravery?  Mostly, they were forgotten. As Marshall says, “In the weeks which followed the great November battle, Baker Company had no typewriters and no clerical help. The awarding of medals requires the writing of many polished words on reams of paper.”

Why are we so interested in an infantry battle that took place almost 60 years ago?  Because it serves as a stern reminder that unforgiving surprises and difficulties can make any mission a nightmare.

For professionals who wear uniforms, military or law enforcement, there may be a Hill 219 on the horizon. It will have a different shape, a different name, a different place. And it will have different challenges than those faced by Baker Company. But you’re going to have to take that hill. To get the job done, you’ll need know-how, weapons and gear, and training.  The latest and the best!

That’s what every issue of TW is all about. Even a glance at the contents page will show new weapons ranging from suppressed sniper rifles to .22LR pistols; tactics on close-quarters gunfighting and S.W.A.T. missions; close looks at advanced weapons like the Army’s “Checkmate” missile jammers, high-tech cop cruisers, and new signal flare systems; close-ups of sniper duty in Baghdad and a Florida P.D. ready to take on anything; and much, much more.

Not Quite Necessary Shooting

In the book The River and the Gauntlet, republished several times, noted Army Historian…