CAMP BLANDING JOINT TRAINING CENTER, Fla. – In the midst of a nondescript Middle Eastern-style village, 53rd Infantry Brigade Combat Team soldiers interact with the local inhabitants the same as they have done day in and day out on routine patrols.Today, however, something feels different. You can describe all the little things that make you feel that way: the hairs on your neck, that pit in your stomach, or even the fidgeting that at this point you can’t stop. No matter what it is, something isn’t right.

You look to your buddy for validation of your feelings, and as he acknowledges, BOOM! Chaos erupts as a car explodes and gunfire bursts from a house down the street. Now your mind clears and your body calms down, and all that remains is your training and muscle memory of your tasks at hand.

This engagement didn’t take place on some foreign battlefield, and no one was injured. It was just simulations and blanks. This isn’t simply a training event, but a true learning experience from which to build – provided through the Exportable Combat Training Capability, known as XCTC.

While these scenarios unfold, subcontractors monitor the movement and actions of each soldier and establish a high-tech “overwatch” to help even the individual soldier understand what went right and what went wrong.

XCTC is taking the National Guard to a new level of readiness.

In 2006 at Camp Atterbury, Ind., the principal exercise of XCTC was conducted to demonstrate the type of training to be offered. The 53rd Infantry Brigade Combat Team is participating here in the seventh rotation of XCTC’s training package since its inception. Each rotation, consisting of 21 days or more, is completely customized and tailored to unit mission and requirements. Previously, this type of training was available only at a select few training installations, and most National Guard units did not have the resources to attend.

As part of the ever-changing overseas contingency operations, XCTC brings the most up-to-date theater-specific training to mobilizing Army National Guard units. This approach to mobilization training cuts down on the time spent at mobilization sites and increases the amount of time units can actively support combat commanders.

The XCTC was designed to fill a capabilities gap in training set forth by Army training strategy that the Army could not provide to Guard units. The National Guard Bureau, along with a team from Stanford University, used the Army’s training criteria to develop a program that could fill the void.

The XCTC is available only to deployable expeditionary force brigades headed into combat threat areas such as Iraq and Afghanistan. “We work our way down, and we get those [units] that we think fit the model, but you don’t get it unless you’re deploying to theater,” said Army Col. Rob Moore, chief of the National Guard Bureau’s training division. “It is tailored and pinpoint training.”

With this new tool, the Army National Guard is able not only to meet, but also to exceed, prior training expectations and standards put in place by the Army. “We know that units that use XCTC accomplish at least 82 percent of all their required tasks for deployment,” Moore said.

Total immersion training is what XCTC brings to the units receiving the training package. Soldiers are surrounded by the look, smell, sound, feel and taste of their projected combat tour.

“I believe that increased use of modeling and simulation – and using them with greater effectiveness – will be essential for all reserve components to increase and maintain their combat readiness,” said Dennis M. McCarthy, assistant secretary of defense for reserve affairs.

As part of this immersion, soldiers interact with American and foreign-national role players to make the exercise as real as possible.

“It’s a great pleasure to be able to do what I do,” said Thomas Cottle, a volunteer role player from Madison, Fla. “I interact with soldiers, but I also interact with Iraqi citizens and citizens from other countries as well who speak Arabic. We’re helping make this training exercise more realistic for the soldiers.”

Michael LiDondici, managing field director of Allied Container Systems which oversees the role players, said many 53rd Infantry Brigade soldiers have demonstrated a high level of knowledge of Iraqi culture during the training. He attributes this to the fact that many of the soldiers wear combat patches and have already deployed to Iraq or Afghanistan.

“The role players have been absolutely critical to our training success,” said Army Col. Richard Gallant, commander of the 53rd. “From working with interpreters to managing the cultural and religious differences, they have created a level of realism we generally don’t see prior to deployment.”

The appreciation of the level and quality of training extends not only to the leadership, but also to the most important element of the equation: the soldier.

“The training we’ve had so far has been very beneficial,” said Army Pfc. Alistair Salesman, a member of the 53rd. The integration and use of Iraqi nationals, coupled with the complete immersion of the environment, helps to bring valued experience and an ability to better learn the tasks at hand, the soldier added.

As the soldiers maneuver through the mock village, they understand the significance of being engulfed in the surrounding culture. While their environment is chaotic, they understand they have to differentiate between the friendly populace and those who would do harm.

“So far, it’s going great. We’re learning a lot of across-the-board tactics,” said Army Pvt. Eric Alapont, a nursing student from Orlando. “It’s really an eye-opener as to what we might expect overseas, given not every town is hostile.”

As the brigade finalizes its Florida training before leaving for its active-duty mobilization station, the sense is that the soldiers are more confident in their ability to get the job done when they deploy early next year, and in their prospects of coming back safely.

“The XCTC portion of [the training] this last week really brings a lot of resources we can’t get otherwise, with the civilians on the battlefield and the villages,” he said. “That adds a lot more realism, and makes the training that much better for the soldiers.

“I’m absolutely confident in my soldiers,” he continued. “We’ve deployed this battalion and this brigade twice already. … We have an extensive amount of combat experience.”

Rosser said the goal is simple: “Bring everyone home alive, having completed the mission.” 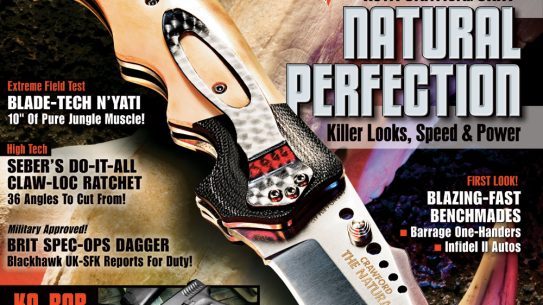 CAMP BLANDING JOINT TRAINING CENTER, Fla. – In the midst of a nondescript Middle…