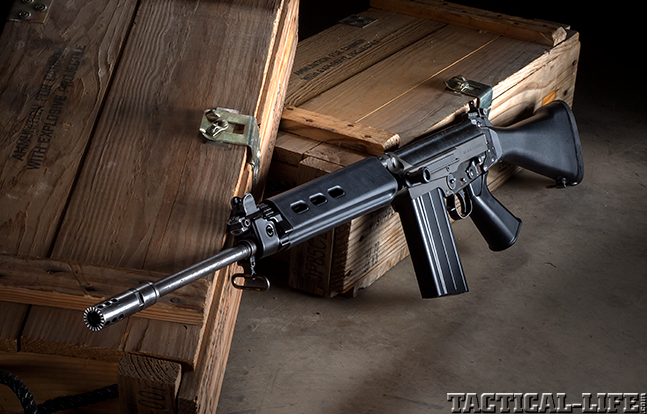 For the 2015 issue of MILITARY SURPLUS, Michael Humphries detailed a recent kit build he completed of an IMBEL rifle, the Brazilian version of the classic FN FAL design, with the help of DS Arms.

“I recently had the opportunity to pick up an interesting FAL parts kit, specifically one from Brazil manufactured by IMBEL. IMBEL, which is an acronym for Indústria de Material Bélico do Brasil, is a Brazilian arms manufacturer under that nation’s Ministry of Defense,” said Humphries in his review. “The rifle in question is a domestically produced variant of the FAL known as the M964, indicating its year of adoption (1964). From a design standpoint, the M964 is a relatively straightforward, metric-pattern FAL rifle (as opposed to inch-pattern FALs such as the UK and Commonwealth variants).”

Humphries went on to describe the condition of the surplus parts kit and the U.S. government standards that needed to be met in order for the Brazilian FAL to be legally assembled and registered.

“The kit I acquired … was rated in very good condition with matching numbers and packed in a great deal of grease. The kit also included the original barrel, which is quite a rarity these days due to recent import restrictions. But, with the kit in hand, I realized I needed to not only acquire some U.S.-made parts for the build, but also locate a capable gunsmith to do the work. I knew almost immediately where I should begin—DS Arms.”

Humphries continued, “So how exactly would a project such as this proceed? In the case of foreign-made military rifles that are imported as demilled kits, the rifle can be rebuilt into a U.S.-made, semi-automatic rifle by combining a prescribed number of domestically produced parts and a new receiver.” 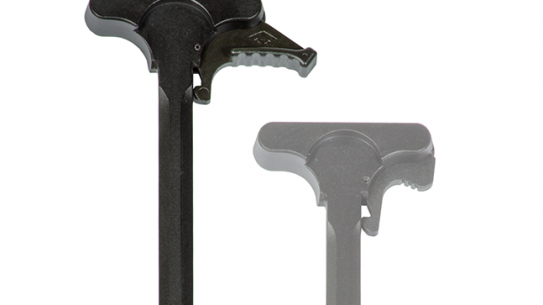 Charge Your AR-15 with the YHM Tactical Charging Handle Latch

The Tactical Charging Handle Latch from Yankee Hill Machine allows for more than a...