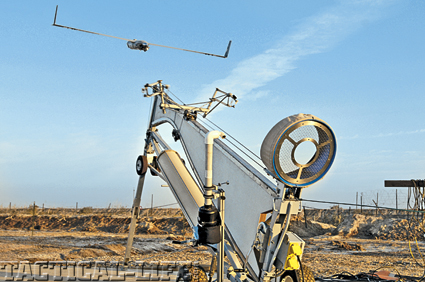 The ScanEagle soars away from its launch rail for a surveillance flight. U.S. Army Photo.

At midnight on a dark country road just a few miles from a city’s center, drug dealers meet to exchange cash and narcotics. As they drive toward an interchange with an interstate highway that will take them downtown, the dealers look forward to street sales and high profits. This deal, however, is different. Narcotics officers have observed the entire transaction. Far overhead, a rotary wing unmanned aerial vehicle (UAV) equipped with an infrared camera loitered unnoticed over the group, transmitting video to a mobile ground station that recorded the entire transaction. At the interchange, police cruisers block the road, cutting off retreat. As heavily armed officers level automatic weapons at the vehicles, escape is impossible and resistance is ill advised. The dealers exit their cars, hands raised, and stretch prone on asphalt in response to shouted commands. At trial, the aerial video documents the entire operation. Guilty verdicts and long prison terms will follow quickly.

There is nothing really far-fetched about this scenario. In fact, several local law enforcement departments, not just federal agencies, already have used UAVs experimentally or in some cases operationally. As one officer participating in a similar drug arrest with aerial surveillance exclaimed, “The whole sequence was a slam-dunk. It doesn’t get any better than that.” Expanding UAV applications in law enforcement at all levels are virtually certain, although some regulatory and budget issues may delay broad implementation. 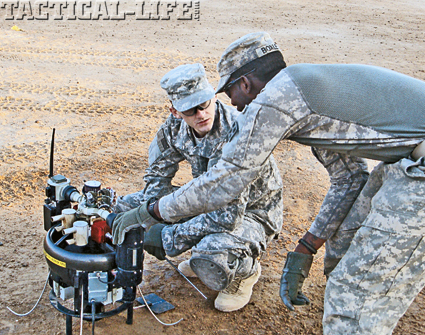 Military Pedigree
UAVs, often incorrectly called drones, have become common—even pervasive—and very productive military weapon systems. They range in size from the Israeli Eitan, which is about the size of a 737 jetliner, to kite-sized, hand-launched devices weighing just five pounds. Even micro-UAVs, such as the hand-launched AeroVironment RQ-11B Raven that is about the size of a model airplane, are currently deployed—all playing significant surveillance roles. Platforms are both fixed- and rotary-wing, with designs optimized for a wide range of missions and functions. The larger the UAV, the bigger the payload. Probably the most familiar UAV, the General Atomics RQ-1/MQ-1 Predator, features the wingspan of a business jet. It routinely uses precision on-board surveillance systems and can launch very accurate cruise missiles from high altitude. Predators flying over the Middle East and Southwest Asia have launched dozens of strikes against terrorists and insurgents who never knew what hit them. Most UAVs, however, have successfully performed both tactical and strategic surveillance missions in support of other operations, and this role has attracted widespread law enforcement interest. 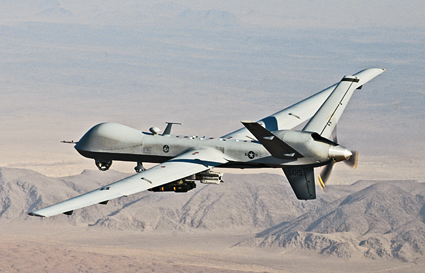 The RQ-1/MQ-1 Predator UAV boasts a 48-foot wingspan and the capability to launch weapons on command. USAF Photo 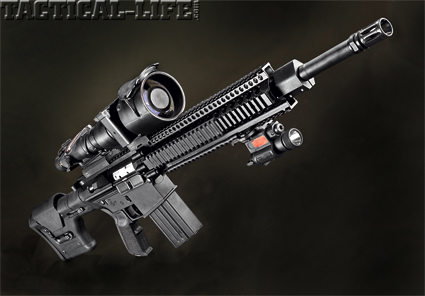 The ScanEagle soars away from its launch rail for a surveillance flight. U.S. Army…