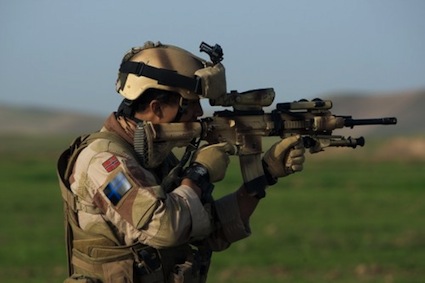 Attacks on Norwegian soldiers have been increasing since Norway started sending troops to Afghanistan in 2001, with battles and psychological pressures becoming more intense. 10 soldiers have died to date in total, and a former top military man has claimed Norway is losing the fight.

However, the all-professional, at times controversial Telemarksbataljon, has had 550 applicants for just 50 places so far this year.

“It’s our highest figure ever. We see there are groups of Norwegians who want to become professional soldiers for a while. Those wishing to enlist in our battalion are tells us they have the motivation to take on increasingly dangerous assignments,” Lieutenant Colonel Lars Lervik tells Vårt Land.

Ståle Ulriksen, researcher at the Norwegian Institute of International Affairs (NUPI), believes the numbers do not reflect just the hunt for excitement and adventure, however.

“These young people also want to do something they see as meaningful with their lives.”

The battalion currently has 450 personnel, including 250 grenadiers. Soldiers can serve for a maximum of six years.

Source: Michael Sandelson for The Foreigner.